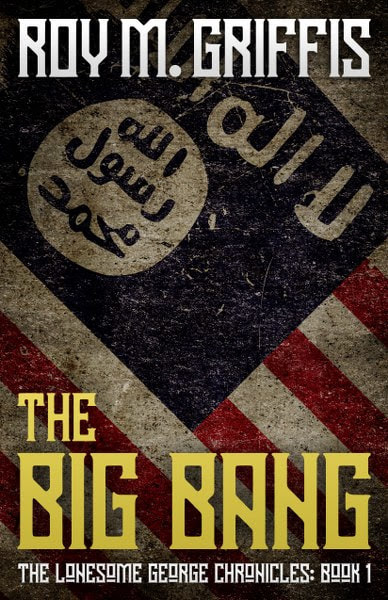 In this page-turning post-apocalyptic thriller, Roy M. Griffis explores an alternate timeline in which America falls victim to a coordinated attack by Islamic jihadists and Chinese Communists. It’s 2008 and George W. Bush is still president. Three years later, the man called “Lonesome George” is in hiding, leading the resistance from a secret location.

Multiple plot lines skillfully braid the tales of resistance fighters in various parts of the country. Whistler is the hard-bitten commander of a military unit in Texas. Karen, a former congressional aide, stumbles through the radioactive rubble of Washington DC. Molly, a leftwing columnist in San Francisco, finally puts her talents to good use on the underground radio as the voice of the resistance. Alec, a famous Hollywood actor, loses his wife and daughter in the nuclear attack on Los Angeles and becomes a legendary fighter, inventing the gun that bears his name.

A vivid imagining of an America gone horribly wrong, written in gripping detail. 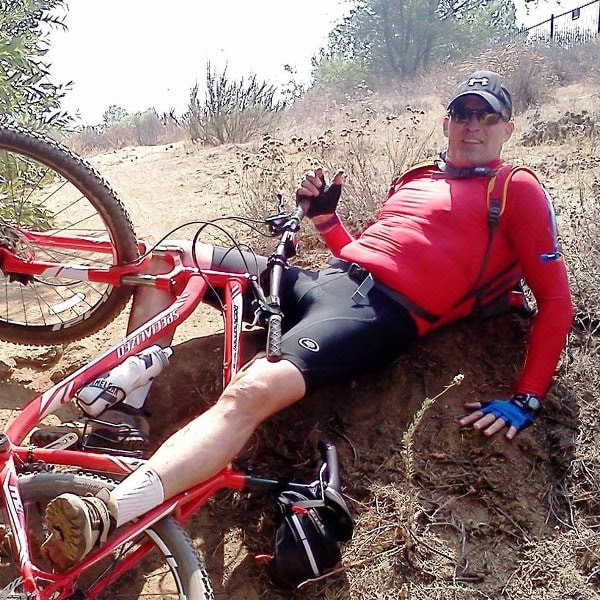 Born in Texas City, TX, the son of a career Air Force meteorologist. Attended a variety of schools at all of the hot spots of the nation, such as Abilene, Texas and Bellevue, Nebraska.

Sent to my grandparent’s house in Tuscon, Arizona when things were tough at home. I was pretty damn lost, as my grandparents were largely strangers to me. My older brother, a more taciturn type, refused to discuss what was going on. Fortunately, like so many kids before me, I was rescued by literature. Or, at least, by fiction. In a tiny used bookstore that was just one block up from a dirt road, I discovered that some good soul had unloaded his entire collection of Edgar Rice Burroughs’ “John Carter of Mars” series in Ballantine Paperback. Moved by some impulse, I spent my RC Cola money on the first book, “A Princess of Mars.”

I think what struck me was how these books were possessed of magic: they were able to transport me far from this dusty land of relatives who I didn’t know and relatives pretended not to know me to another dusty land of adventure, heroism, nobility, and even love. It was the first magic I’d encountered that wasn’t a patent fraud, and when I closed the stiff paperback with the lurid images on the cover, I decided it was the kind of magic I wanted to dedicate the rest of my life to mastering. And, thus, I was saved.

Since then, I’ve never looked back. I’ve written poems, short stories (twice runner-up in the Playboy college fiction contest), plays (winning some regional awards back East and a collegiate Historical Play-writing Award), and screenplays. I’m a member of the WGAw, with one unproduced screenplay sold to Fox Television.

Along the way, I’ve done the usual starving artist jobs. Been a janitor, a waiter, a clerk in a bookstore. I was the 61st Aviation Rescue Swimmer in the Coast Guard (all that Tarzan reading wasn’t wasted). I’m also not a bad cook, come to think of it.

Currently, I’m a husband, father, and cat-owner. I’m an avid bicyclist and former EMT. I live in Southern California with my lovely wife. My friends call me “Griff,” my parents call me “Roy,” and my college-age son calls me “Dadman.” It’s a good life.