Where on Earth? by David H. Minton Book Tour , Excerpt and Giveaway 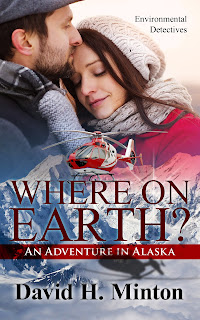 Where On Earth? An Alaska Adventure
By David H. Minton

Dan Richards, an Iraq war vet, is a surveyor for the mining company, looking to open a new silver mine. Scrambling to establish his helicopter charter business in the wilds of Alaska, while trying to stay connected to his teenage daughter, his world soon turns upside down when he rescues a woman and her dog sledding team after an avalanche.

Samantha Bettencourt, an environmental engineer, is eager to begin her first project with the university. A spokesperson for an environmentalist group intent on preserving the wilderness, she is on the path to saving the wild, but when Dan walks into her life things start to change.

Sparks fly between Dan and Samantha as they find themselves running for their lives—from the good guys as well as the bad guys out to ruin the things they long to protect. Will they be able to escape before it’s too late? Will they get a chance at love or will they lose everything. . . including their lives?


Flying along in his Jet Ranger, Dan Richards knew they were just barely in advance of a storm closing in. Returning from his work in Fairbanks, Search and Rescue was the last thing on his mind. Besides, they didn’t have much time. They had to get this chopper on the ground and in a hanger or no one would be flying it, ever. If they didn’t make it to Base, which was the only hanger around, there was a very high likelihood the chopper would be damaged, even destroyed by the storm. Base was about twenty minutes away, so he figured they could just make it to safety. But, Base knew that as well; they wouldn’t have called him if it weren’t serious. In fact, a rescue beacon alarm was an urgent call for help. Someone was in great danger, or worse. That was something with which Dan was familiar. Although not his job, in the wilderness of Alaska, he often found it was his calling. If they thought he could help, maybe he could. He nodded to Ted Matthews, his fair-skinned, buzz-cut, no-nonsense co-pilot.
“Base, Red Wing. Go ahead.”
“Red Wing, Base. I have a constant SOS from a rescue beacon. It may indicate an avalanche victim, given the region and the weather.”
“Roger, possible avalanche victim. Where is it?” 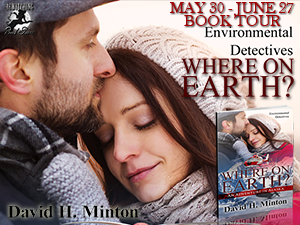