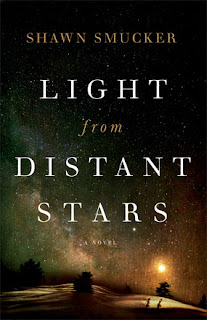 Praise for the novels of Shawn Smucker
"Mesmerizing."--Foreword Reviews on The Edge of Over There
"Enthralling."--Publishers Weekly on The Edge of Over There
"Visionary."--Family Fiction on The Day the Angels Fell
When Cohen Marah steps over his father's body in the basement embalming room of the family's funeral home, he has no idea that he is stepping into a labyrinth of memory.
Over the next week, Cohen's childhood comes back in living color. The dramatic events that led to his parents' separation. The accident Cohen witnessed and the traumatic images he couldn't unsee. And the two children in the forest who became his friends--and enlisted him in a dark and dangerous undertaking. As the lines blur between what was real and what was imaginary, Cohen is faced with the question he's been avoiding:
Is he responsible for his father's death?
Master story weaver Shawn Smucker relays a tale both eerie and enchanting, one that will have you questioning reality and reaching out for what is true, good, and genuine.
Shawn Smucker is the author of the award-winning young adult novels The Day the Angels Fell and The Edge of Over There, as well as the memoir Once We Were Strangers. He lives with his wife and six children in Lancaster, Pennsylvania. You can find him online at www.shawnsmucker.com.

"The Edge of Over There is a mesmerizing, menacing fantasy. Shawn Smucker fuses New Orleans lore, Christian themes, and dystopian landscapes in a thorough exploration of love and its unintended results."--Foreword Reviews
"Blending biblical elements and urban myths, Smucker creates an enthralling story of supernatural battles between the forces of good and evil."--Publishers Weekly

My review;
Oh my gosh! "Light From Distant Stars", by author Shawn Smucker  is a story that is scary, but exciting. The kind that makes you want to finish reading it but you know that you will not be able to put it down until you finish it. I started to read it and I really was unable to stop. It is fast moving and very mysterious. Cohen Marsh has a lot of things in his background that he has to figure out what really happened. Will he be able to or will something happen again? I give this book a 5/5. I was given this book for a review by Revell Publishing Company and all opinions are mine.
Posted by 3 Partners in Shopping at 8:05 PM