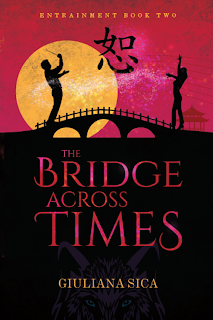 Tagline: Join Porzia in her magic quest for a timeless soulmate.

From the first page, Magic carries Porzia and all of us into an exotic and fantastic world. Emerging from two years of grief, her quest for a soul mate takes her to Japan where an unexpected encounter with a mysterious and fatally attractive artist unleashes an irresistible whirlwind of passion.

Music entangles them in a slow, sensuous dance. With the help of her esoteric teacher Evalena, Porzia has been honing her magic abilities. More confident and controlled, she now summons Magic at her will... with only an occasional flaring of rebellious powers.

Among scrumptious bites of delicious food and thirst-quenching sips of wine she summons a ghost from a distant past. The enigmatic message leaves her puzzled, but also determined to resolve the mystery hidden in the almond-shaped eyes of her dangerous and yet so passionate lover.

Each intriguing and intoxicating page is another luscious bite into Porzia's world and the magical possibilities that may be there for all of us.

PROLOGUE
Firenze, Italia. Galleria degli Uffizi.
The echo of the security guard’s footsteps slowly faded toward the distant museum exit.
Silence.
Silence echoed along the austere arcades on the first floor. Sunset filtered through the ancient windows, the sun rays interrupted in their paths by massive walls. Golden light ricocheted and dispersed off myriads of dancing dust motes. At the end of the high-windowed Galleria, the heartbeat began to pound within the chilled white marble of Michelangelo’s Davide. Life’s essence stirred through his perfectly chiseled body until strength and heat gave him the power to move. He slipped from his pedestal and headed toward Venere in Botticelli’s room.
Davide’s shadow glided undisturbed amongst dozing masterpieces. On the upper level, beneath gilded ceilings, silence reigned.
Venere stepped out of her golden frame and leaving her seashell behind, she entered reality. The Angels’ gazes followed her progress while her ancella gently smiled and wiped a lonesome tear.
Still wet from the scented sea mist, Venere’s long auburn hair trailed, barely covering her glowing body. Desire stirred deep within her soul, conjuring rhythmic waves within her.
She met Davide on a sunset-lit windowsill. Doubts dissipated, washed away by the high tide of her will. The lovers allowed the salt-scented mist to subdue them, slowly, to unfold erotic dreams.
Please let reality be what fantasy was.
As the sun’s light faded away, she drew him in, savoring primitive rituals, riding the moist rhythm of the waves to slowly drown their thirst. With the moon silently smiling, they reached for the sky and left agony behind.
That was the night my parents gave me life.
This life.
If I were a color, I would be gold. Born under the blessing of the full moon, protected by ageless winged guardians, I played hopscotch with Giotto on checkered floors and hide-and-seek with masterpieces along marble staircases, among their golden frames and moth-dappled velvet drapes. My tiny hands pressed against rain-streaked windows while outside the river Arno swelled and found its way to the sea.
I grew up in the shadow of the Leaning tower of Pisa. And although the colors of Tuscany in August blush my skin, it is the Manouche mystery that pounds through my veins. I know the woods where Dante lost his way as the palm of my hand. I could escort you to the Inferno door blindfolded, for I have knocked on it often myself. I crossed the Mississippi River and heard Jesse James ask Huckleberry Finn if he were real.
I swam with dolphins in the Gulf of Mexico and danced with the Queen of New Orleans on a wet, humid winter night. I got drunk with Ezili in Savannah and cursed life, screaming at the moon in rage. I wandered in meadows restlessly and watched the winds with a longing I could not understand.
I challenged the Goddess, belied my powers, and regretted it all. I soared after a majestic eagle toward a sinking sun and caught up with her by Ayers Rock, where, anguished, I bowed. Subjugated at last, I embraced Magic.
Too wild, too strong to be mortal, I wove a dream with love in my heart, passion in my soul, and the breath of my life.
I have summoned the elements, conjured my yearning into a spell to be taken away across the endless sky. I have swallowed my pride and begged the gods to give me proof that life is worth the fight. Now I walk through sorrow barefoot, careful not to step on the sharp, shattered pieces of my broken dream.
Now I lay still, numb and spent, waiting.
Until rage and anger fueled my soul to rise.
I sought answers and hope in distant lands, in ancient scripture, in encrypted mysteries and timeless traditions. I sought answers within and finally understood how to accept the void of my damaged soul, how to gather strength to stir and to finally move, once again, into the beauty of life’s simplicity.
I healed, nurturing my wounds, shedding tender skin. Reaching for the goddess within, at last, I have accepted my feminine self. Bowing to the Rising Sun I welcomed my new self and embraced Courage. Instants later, absolutely still in a Veronica, I held a crimson cape of fears, enticed a crippled wolf to charge, and defied time. 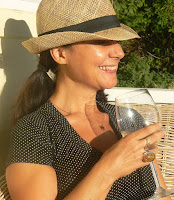 Giuliana was born in Siena, Italy. At the age of 4 her father gave her a box of markers. She immediately began to doodle stories on the house walls. After a few weeks of repainting, they finally gave her paper as well. She has not stopped writing since. She calls home Whidbey Island where she settled in 2001 after globetrotting teaching Italian in exotic places as far as Japan.

She holds a Classic Italian Literature and Philosophy degree with a minor in English still laced with a Chianti-infused accent. She speaks fluent Spanish, has forgotten most of her French, and holds tightly to her Japanese, mostly by eating sushi every chance she gets. She shares a yellow cottage on the island with her husband, 3 cats, an unstoppable toddler, a vegetable garden, and a fig tree named Federico. Every residual free minute of her life is spent working on Book III, and catching up on some much-needed sleep. 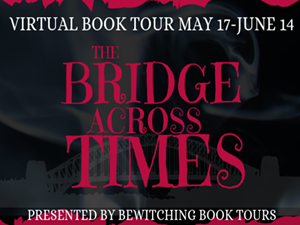