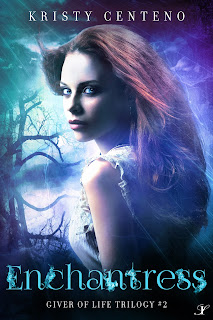 Tagline: She gave him hope. He gave her life.

Fate brought them together. Will evil break them apart?

Leah Parker’s visit to her hometown is supposed to bring her closer to the truth behind her identity. What she doesn’t anticipate is the handsome stranger with almond eyes claiming to be her Pair.

Her world once again upturned with the arrival of the man chosen to be her life partner, Leah is pulled between the feelings she’s always had for the friend she left behind, and those for the compelling stranger determined to save her from certain death—at whatever the cost.

With an ancient evil out to finish what it started twenty-one years before, will Leah find peace within her troubled mind and heart to fight back and win? Or will her disconnection with her newfound powers hinder her only chance at survival? I opened my mouth to shout out a warning as the Soul Devourer leaped from the roof. The man-beast made no sound, gave no warning, though the promise of death was written on his ethereal face. Swift on his feet, Jae swung the flaming sword around as he pivoted. The shiny blade sliced through the man-creature’s neck in midair, just under the chin, decapitating him with a clean cut a butcher would be proud of—all before I could spit out a single, cautionary word. The head went one direction while the body crumpled to the ground in a heap of unmoving limbs, inches from Jae’s shoes.
The Soul Devourer’s emaciated frame began to disintegrate into a pile of black ash mere seconds after it touched the ground, its chest bursting open like a piñata to reveal a glowing blue light within the hollow cavity. Several white orbs flowed out of the hole in rapid succession, forming groups of three or more. The spheres danced around Jae for a mere fraction of second, as if to thank him for his good deed, before soaring up toward the sky, vanishing within a few blinks.
Souls, I realized. They were souls stolen from countless victims, trapped within the grotesque body of the Soul Devourer and forced to endure a cruel torment. And what of those that were never released? Where did they end up?
The Soul Devourer’s entire body turned to ash and was blown away by the wind by the time I snapped out of my shocked surprise. One down. How many more to go?
A furious hiss resonated from somewhere behind the tomb situated to my right. I rotated to confront the oncoming night freak, fan gripped tightly in my hand. He came barreling around the corner so fast, I nearly lost my nerve and bolted. Instead, I shimmied to my left two seconds before it reached me— disgracefully tripping over my own feet in my haste to avoid its elongated talons.

Kristy Centeno is the author of the Secrets of the Moon saga and Keeper Witches series.

She has always had a passion for books and after years of being an avid reader, she decided to transform her desire to write into a reality and thus, her first novel was born. When she’s not busy taking care of her five children or holding down the fort, she finds time to sit and do what she loves the most: writing. 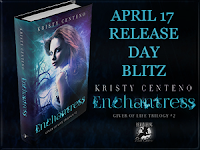