Alex Gray's stunning new Lorimer novel, set against the backdrop of the Glasgow Commonwealth Games, brings the vibrant city to life in a race to stop the greatest threat the city has ever known.

2014: The Commonwealth Games are coming to Glasgow and security is extra tight, particularly after a mysterious bomb explodes in nearby rural Stirlingshire. As the opening ceremony for the Games draws ever closer, the police desperately seek the culprits. But Detective Superintendent Lorimer has other concerns on his mind. One is a beautiful red-haired woman from his past whose husband dies suddenly on his watch. Then there is the body of a young woman found dumped in countryside just south of the city who is proving impossible to identify. Elsewhere in Glasgow people prepare for the events in their own way, whether for financial gain or to welcome home visitors from overseas. And, hiding behind false identities, are those who pose a terrible threat not just to the Games but to the very fabric of society.

“An excellent procedural in which Gray ... does for Glasgow what Ian Rankin did for Edinburgh in the annals of crime fiction.” — Kirkus Reviews on The Silent Games
“Gray has no equal when it comes to unmasking killers and she has excelled herself here . . . Gray is the new master of Scottish crime writing.” — Scottish Daily Express
“Brings Glasgow to life in the same way Ian Rankin evokes Edinburgh.” — Daily Mail (UK)


Get Your Copy of The Silent Games from Amazon, Barnes & Noble, & HarperCollins. Don't forget to add it to your Goodreads!!

From Chapter 2
It was worse than he could ever have imagined.
Even from the roadside, where a line of police cars was parked, Lorimer could see the devastation. Plumes of smoke and flames still rose from the heaps of broken trees, and as he emerged from the Lexus, his skin was immediately touched by flakes of ash drifting in the air. The smell of burning wood was overpowering, and he could hear the occasional crackle and hiss of fire beneath the whooshing sound from the firemen’s hoses as arcs of water were trained into the heart of the inferno. His eyes took in the gap in the hedge where the fire engines had broken through to reach the narrow walkers’ path, and the tyre marks on the verge. It would be replanted, no doubt, but the burning trees would leave a scar that would take far longer to heal.
‘Detective Superintendent Lorimer? Martin Pinder.’ The uniformed chief inspector was suddenly at his side, hand outstretched. Lorimer took it, feeling the firm once up and down as the officer motioned them to turn away from the direction of the cinders. ‘Sorry to call you out, but as I said, we needed someone to front this. And your name came up.’
‘But isn’t this a local matter?’ Lorimer asked. ‘We’re in the district of Stirling, surely?’
Pinder shook his head. ‘It’s bigger than you might imagine,’ he began. Walking Lorimer a few paces away from the line of cars, he dropped his voice. ‘And there is intelligence to suggest that it may have a much wider remit.’
‘Oh?’ Lorimer was suddenly curious. The telephone call had mentioned an explosion, the immediate need for a senior officer from Police Scotland and a request to keep the lid on things, but nothing more.
‘You said intelligence.’ He frowned. ‘You mean Special Branch?’
Pinder nodded. ‘I’ve been charged with giving you this information, sir. And doubtless your counter terrorism unit will already be involved.’ He licked his lips, hesitating, and Lorimer could see the anxiety in the man’s grey eyes.
‘We are given to believe that this is just a trial run.’ Pinder motioned to the fire behind them.
‘A trial run,’ Lorimer said slowly. ‘A trial run for what?’
Pinder gave a sigh and raised his eyebrows.
‘The Glasgow Commonwealth Games.’
Lorimer looked at the man in disbelief, but Pinder’s face was all seriousness.
‘That’s almost a year away. Why do they think. . .?’
‘Haven’t been told that. Someone further up the chain of command will know.’ Pinder shrugged. Perhaps you’ll be told once you liaise with Counter Terrorism.’
Lorimer turned to take in the scene of the explosion once more, seeing for the first time the enormous area of burning countryside and trying to transfer it in his mind’s eye to the newly built village and arenas in Glasgow’s East End. He blinked suddenly at the very notion of carnage on such a vast scale.
‘We can’t let it happen,’ Pinder said quietly, watching the tall man’s face.
Lorimer gazed across the fields to the line of rounded hills that were the Campsies. Glasgow lay beyond, snug in the Clyde valley; on this Sunday morning its citizens remained oblivious to the danger posed by whatever fanatic had ruined this bit of tranquil landscape. He had asked why the local cops hadn’t taken this one on, and now he understood: the threat to next year’s Commonwealth Games was something too big for that. And since the various police forces in Scotland had merged into one national force, Detective Superintendent William Lorimer might be called to any part of the country.
‘The press will want statements,’ Pinder said, breaking into Lorimer’s thoughts. ‘It’s still an ongoing investigation. Don’t we just love that phrase!’ He gave a short, hard laugh. ‘And there is no loss of life, so we can try for a positive slant on that, at least.’
‘They’ll speculate,’ Lorimer told him. ‘You know that’s what they do.’
Pinder touched the detective superintendent’s arm, nodding towards the figures milling around on the fringes of the fire. ‘Apart from you and me, there is not a single person here who has been told about the background to this event. So unless the press leap to that conclusion by dint of their own imagination, any leak can only come from us.’
When Lorimer turned to face him, the uniformed officer was struck by the taller man’s penetrating blue gaze. Fora long moment they stared at one another, until Pinder looked away, feeling a sense of discomfort mixed with the certainty that he would follow this man wherever he might lead.
Wouldn’t like to be across the table from him in an interview room, he was to tell his wife later that day. But there on that lonely stretch of country road, Martin Pinder had an inkling why it was that the powers on high had called on Detective Superintendent William Lorimer to oversee this particular incident.
***
Excerpt from The Silent Games by Alex Gray. Copyright © 2018 by Alex Gray. Reprinted by permission of Witness Impulse, an imprint of HarperCollins Publishers. All rights reserved. 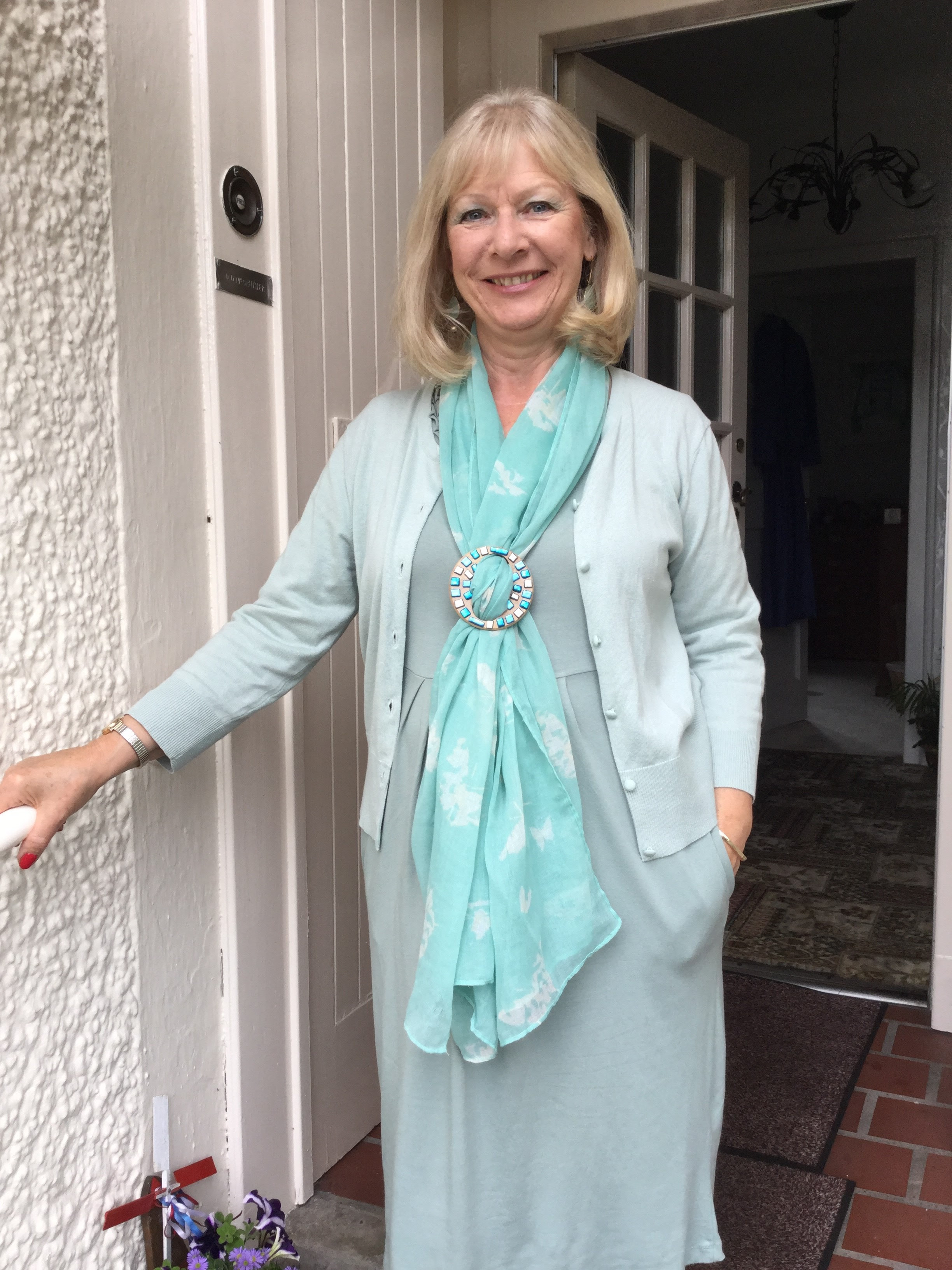 Alex Gray was born and educated in Glasgow. After studying English and Philosophy at the University of Strathclyde, she worked as a visiting officer for the Department of Health, a time she looks upon as postgraduate education since it proved a rich source of character studies. She then trained as a secondary school teacher of English. Alex began writing professionally in 1993 and had immediate success with short stories, articles, and commissions for BBC radio programs. She has been awarded the Scottish Association of Writers' Constable and Pitlochry trophies for her crime writing. A regular on the Scottish bestseller lists, she is the author of thirteen DCI Lorimer novels. She is the co-founder of the international Scottish crime writing festival, Bloody Scotland, which had its inaugural year in 2012.


Catch Up With Alex Gray On alex-gray.com, Goodreads, & Twitter!

This is a rafflecopter giveaway hosted by Partners in Crime Virtual Book Tours for Alex Gray and Witness Impulse. There will be 3 winners of one (1) print copy of Alex Gray’s THE SWEDISH GIRL. The giveaway begins on March 12, 2018 and runs through April 15, 2018. Open to U.S. addresses only. Void where prohibited.

"The Silent Games" by author Alex Gray is a very interesting fast moving story. Detective Superintendent Lorimer is once again trying to find out who is killing some people around him. This detective is not going to give up until he finds his guilty person. It is clear that there are very bad people who are not who they seem to be. How fast can he work to find the killer? Will he find out in time who it is? Can they be stopped? This is the kind of story that you have to finish as soon as because you cannot wait to get to the end and solve the crime. You will not want to put this book down for even one minute. I give this book a 5/5. I was given this book for a  review and these are my opinions.
Posted by 3 Partners in Shopping at 9:48 PM