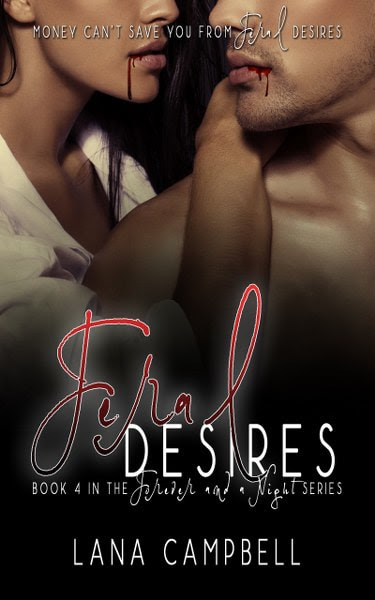 Elizabeth Davenport loves a good time. She’s a rich, twenty one year old vampire, embarking on a new career and living the high life in New York City. Her father, famous real estate mogul Nathan Davenport, will do anything to protect Beth who is the apple of his eye.


One night at an art premier she meets Dr. Noah Langston, an OB/GYN for vampires. He’s handsome, sexy and two hundred and fifty years older than her.

It isn’t long after Beth begins to date Noah that she incurs a stalker. Their budding romance takes a back seat to this menace wreaking havoc in Beth’s life. He abducts one of her friends and threatens to kill her if Beth won’t agree to see him.

Now everyone in Beth’s life is working overtime to catch this killer who has a sick fantasy that Beth is his life mate. But what happens when the killer kidnaps Noah and drugs him and uses him to blackmail Beth into meeting with him alone? Only Beth can save Noah, but can she reach him in time or will this killer vampire end both Noah and Beth’s lives? 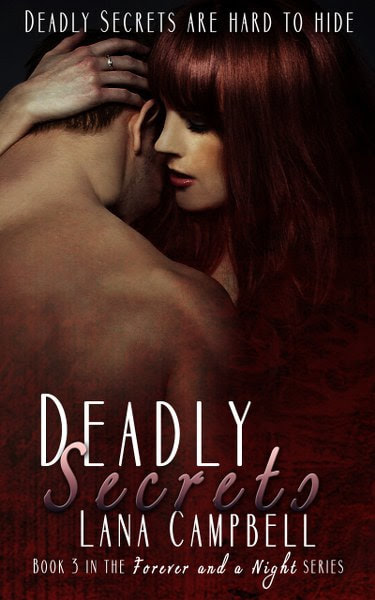 Chelsie Peebles - an OB/GYN for vampires - is dying from stage four glioblastoma, and there is only one cure.


She must turn into a vampire herself.

Keeping the devastating news from her vampire family, she researches her options for survival. But the realization is, that she is going to die.

In her desperation, she blackmails her clinic into aiding her through her life-altering transformation.

Asa Bradley, one of Chelsie's partners, thinks she is crazy. But he has no idea she's dying. He is, however, bewitched by her, and wants to know why she is hellbent on becoming one of them.

By invitation, he goes to see her sing at a Country and Western bar, and is instantly mesmerized by her angelic voice and seductive body.

Trouble is, the band's singer, and Chelsie's ex, Chad thinks she belongs to him. Dangerously possessive, he threatens to hurt her if Asa doesn't back off.

Undeterred by a human, Asa romances Chelsie, gaining her trust and her affections. They inevitably lead him to discover Cheslie's deadly secret.

Can Asa keep Chelsie safe from the maniacal Chad and get her the transformation she needs? Or will it be a race against time to see who kills her first; cancer, or her villainess ex? 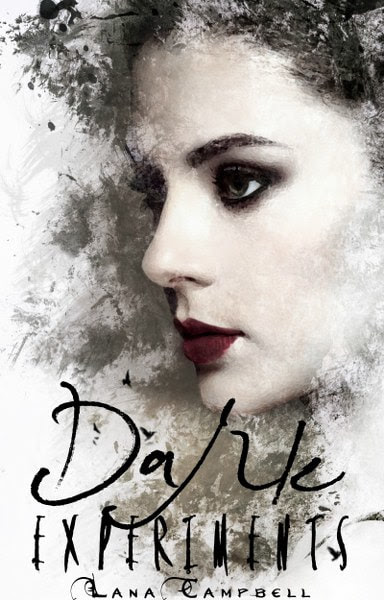 Christian is the exception to Tiffany’s rule that all males are louses. For years Tiffany has lusted after Christian and of late she can’t help but wonder what it might be like to have a brief fling with him. The opportunity to explore her secret fantasy appears when Christian offers her a job as the IT person for his practice, the V clinic. She knows if he gives her the green light, she’s going to have a romp with her sexy vampire. When the night finally arrives and she and Christian have sex, the experience is so overwhelmingly powerful, Tiffany backpedals and tries to turn down the heat between them. She’s human. He’s a vampire. She can’t afford to fall in love with him.


Christian has other ideas. During their sexual encounter, he discovers Tiffany is his life mate and he vows to change her thinking. His intentions are put on hold when he gets caught up in an angel of death’s vicious plan to chemically terminate V clinic patients’ pregnancies. Tiffany herself falls victim to a lethal dose of arsenic and Christian can only save her by turning her into a vampire. She’s furious when she wakes from her turning and discovers what Christian has done. She wants nothing to do with him ever again, but when she’s kidnapped by this angel of death and used as a guinea pig for deadly experiments she only has Christian to turn to save her life. 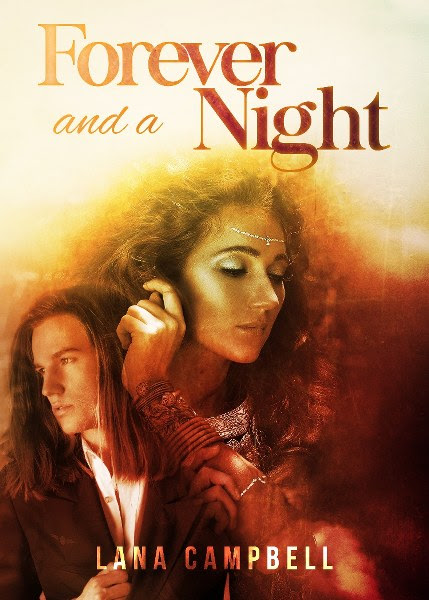 Nathan Davenport is being stalked by Isabella Ravini, the feral vampire who stole his human life over a hundred and sixty years ago. She made him her fledging, a slave for her dark, evil purposes-hunting humans. After a few years she released him, and Nathan reluctantly learned to accept the cursed life she'd foisted upon him.


Over time he amassed a great fortune, which today has made him famous worldwide. Isabella decides she wants to be a part of this world of fame and fortune Nathan created for himself. She's determined to marry him, and love has nothing to do with it. His money is her primary target, and the fame and prestige attached to being the wife of one of the richest men in the world wouldn't be so bad either.


In an effort to evade her until he can figure out how to stop her, he hides at a safe house he owns in New Orleans. One Saturday evening in NOLA, he decides to have dinner in the city. He chooses a quiet little Italian bistro, never imagining this night will change his life forever. The human woman who delivers his order isn't a server, but the restaurant's sous chef, a beautiful ethnic woman possessing the most delicious blood scent he's ever encountered.


The moment Mia Peebles arrives at his table with his plate, tasting her becomes an obsession. Mia wants nothing to do with him because of Nathan's reputation as a playboy. So Nathan enchants her, feeds from her, but his lusts for her blood and body play havoc with his thinking.
Nathan finds a way to bring her into his life as his personal chef and quickly falls in love with her. The trouble is Mia has no idea he's a vampire because during the enchanting episodes, Nathan blocked her memories of those sensual encounters.
How will Nathan tell her the truth without losing her and keep Isabella from finding him? Or worst yet, will Isabella discover how much Mia has come to mean to him?

Hi. I'm Lana Campbell author of Forever and a Night, a paranormal, vampire romance. I love writing and reading paranormal books. I live in Avoca, AR with a husband and a cat. Love cats too!