Tonight’s job had me sitting in a shadowy corner of a dead-end dive watching the unfortunate, the hopeless, and the degenerate. Had I known this is how I’d be spending my one hundred and seventy-third birthday, I would have called in sick.
An aging cocktail waitress hustled to over-serve society’s misfits. An ex-con, a dealer, and an addict pissed their lives away at the far end of the bar. A trio of prostitutes circled the room, their knock-off stiletto’s clicking on the wooden floor. And a single cockroach scurried for cover before being squashed.
How would the humans feel about me, the vampire, hiding in their shadows?
One of the battered bar stools toppled, throwing its occupant to the filthy concrete. The man, in a faded red and black flannel shirt, picked himself up off the floor. Dingy jeans slid down his hips, revealing a pair of boxers far past the expiration date for a wash. He bumped and weaved his way through the crowd, ignoring the spilled drinks and curses he left in his wake, and cut a crooked but determined path right to my table.
He collapsed into the booth next to me, blocking my only chance at escape. “How’s ’bout a drink?”
I wrinkled my nose at what had to be three days’ worth of sweat and grime, raised my bottle and sloshed the liquid from side to side. “Still nursing this one.” I focused on a faded picture of the Blues Brothers nailed to the wall and hoped he’d take the hint. A sharp tap on my shoulder told me this guy was either clueless or didn’t give a shit. My money was on clueless.
“What’s your name, sexy?”
Oh how I wanted to ignore his question, but the last thing I needed was Mr. Drunk and Stupid to cause a scene and blow my cover. “Alexis.”
His grease-coated fingers played “Get the Buggy” up my arm. I slapped them away before they got past my elbow. “How’s ’bout we get to know each other better?” He gave me a lopsided wink and ogled my breasts.


When he looked at me, he saw what every other human did, a twenty-three year old, petite brunette with large, light blue eyes. But if he leaned in close, he would see what lurked below the exterior, something sinister and scary, with sharp fangs and a deadly personality. 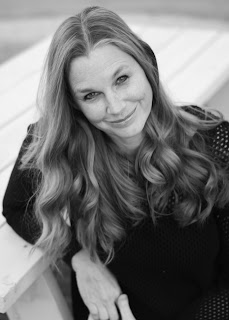 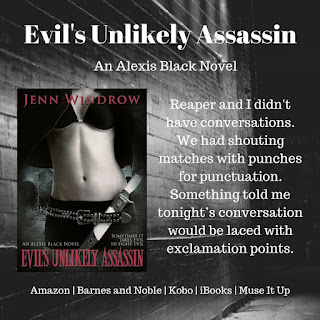 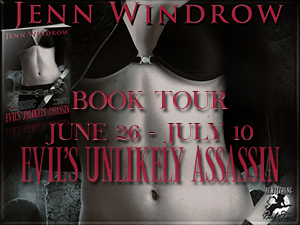