Corbin Malone said goodbye to everything good when his brother Cash died, including the love of his life, Ashley Pearce...until his captain assigns him to babysit a group of ghost hunters at Ruby Hill Lunatic Asylum. They’re set on disproving a supernatural cause for a cluster of strange deaths, and Ashley is leading the investigation. He doesn’t need the hassle, but he won’t let anyone else protect her, regardless of the threat.

Ashley didn’t know her ex-boyfriend, the man who blames her for his brother’s death, would head the police detail guarding the abandoned asylum. But her long family history with Ruby Hill calls to her, and even he won’t convince her to back down. Until something darker stirs in the shadows of the asylum—something so evil, she’s not sure she and Corbin will survive the night. 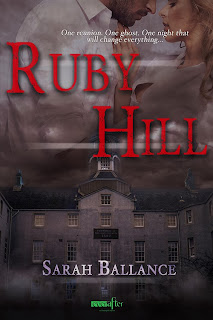 The media grabbed the story like rabid dogs, shredding and tearing the meat of the so-called facts until nothing was left but gristle and hyped-up gore. Rumors took flight. Poltergeists, demons, a portal to hell, and all because torture had to leave a mark. Ruby Hill certainly had.

So had Corbin Malone.

From the drive, Corbin twisted his head her way. The moment his eyes met hers left a scar on her heart.

Either he hid his emotion well or he lacked any. Not a flicker of reaction crossed his face. He simply turned to watch the car retreat through the gate, a security guard stepping over to shut and lock the leggy ten-foot barrier as soon as the vehicle’s rear bumper cleared.

Then, in a move so painstakingly slow it had to be deliberate, Corbin found her again. Blue eyes pierced her with such force she took a step backward. As she stumbled, the slowest of smiles crept across his face.

But he was not the threat.

She heard the asylum’s whispers. This was personal.

She hugged herself tightly. 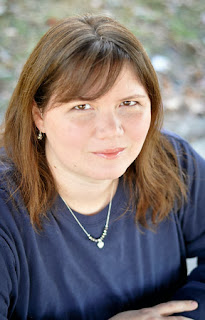 Sarah and her husband of what he calls “many long, long years” live on the mid-Atlantic coast with their six young children, all of whom are perfectly adorable when they’re asleep. She never dreamed of becoming an author, but as a homeschooling mom, she often jokes she writes fiction because if she wants anyone to listen to her, she has to make them up. (As it turns out, her characters aren’t much better than the kids). Though she adores romantic suspense, she writes in many genres. Her ever-growing roster of releases may be found at http://sarahballance.com.


Musings of a Writing Reader – Promo and Excerpt


LOVE WITHOUT YOU – Promo


Musings and Ramblings – Promo and Excerpt


The (Mis)Adventures of a Twenty-Something Year Old Girl


Ramblings of a Book Lunatic – Review, Promo and Excerpt


: a Rafflecopter giveaway
Posted by 3 Partners in Shopping at 1:13 AM