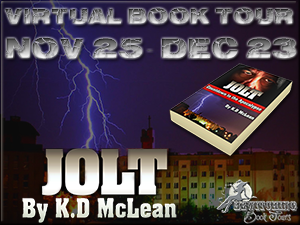 
JOLT begins with a touch. A touch that will either send the world spinning out of control, or return it to where it belongs…


Joel Heath PhD, is obsessed to unlock nature’s secret of an alternative source of clean, abundant and cheap energy. It’s the most important research a physicist should be doing. His single mindedness has alienated him from his peers at Queen’s University.


Joel’s potential success is a threat to conglomerates such as Devlin Energy. Phil Devlin has Joel terminated from his position before there are any breakthroughs. Devlin will protect his company’s enormous profits and the influence such wealth buys at any cost.


On a cold December night, Joel encounters a homeless man, Charlie Maracle. Visions of impending global slaughter, triggered by an Oil War have driven Charlie to the brink of insanity. Joel’s simple gesture of compassion is rewarded with a dazzling insight and within hours, the LITE device is created.


Joel learns how ruthless a man protecting an empire can be. Devlin’s private strike team has a mission—bury this device by any means necessary. Their ferocity and speed is overwhelming.


But Charlie has also encountered four others. A young woman battered by a series of crises, a middle aged widow and a fatherless teenage boy. To each of them Charlie imparts a gift. Or is it a curse?


These five people are all that stand in the way of Phil Devlin’s plans one night before Christmas. 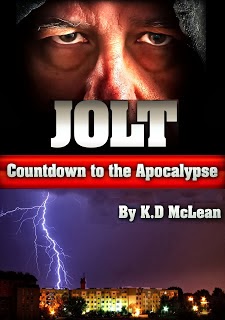 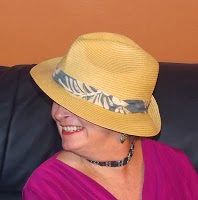 
Katie lives in Canada near Lake Ontario with her partner Desmond. They are living the life that they’ve always dreamed about--writing, editing and collaborating on books. Both are alumni of Queen’s University in Kingston and are frequent visitors to the Tyendinaga reservation, where the novel JOLT is set. She has published a series of adult romance books as well as a romantic comedy, recently released – Funny Business.


For relaxation (what is that?) she and Desmond enjoy walking their neurotic pug, trying different recipes together (Des cooks, Katie helps) and watching HBO movies, followed by immersion in their hot tub. There’s almost nothing better than star gazing in the frigid air while being toasty warm…Well maybe skiing at Mont St. Anne is a close second.


In taking on an epic of the scale of JOLT, Katie has been inspired by the words of Goethe.


“Be bold and mighty forces will come to your aid.”