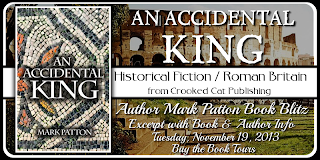 79 AD.
As he approaches the end of his life, Tiberius Claudius Cogidubnus, the native-born but loyally pro-Roman client king of Britain, looks back on the thirty-six years of his reign.
He recalls how, as a young man, he was seduced by the grandeur of Rome and the beauty of the written word; how he was befriended by the Emperor Claudius, and by the Roman General, Vespasian, later to rule as Emperor himself.
He remembers the difficulties he encountered whilst trying to mediate between the British aristocracy and Roman officials who were often cruel and frequently corrupt.
Most significantly he reflects on the Boudiccan revolt of 60/61 AD, which he tried to prevent, and in the course of which Britain was almost lost to Rome.
Roman Britain. One man. His fate. 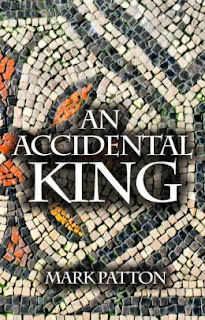 Excerpt
“Although this tale can never be told in public, I feel that I must share it with you, for it is the story of who you are, though not, perhaps, of the person you thought yourself to be. It is the story, also, of the land in which we live, but it is not the history of the land it believed itself to be in the dazzling sunshine of the springtime of my youth …
I sought to promote peace and prosperity on these islands, and to avoid the bloodshed that others tried to incite. There was just one moment when I failed, and almost failed completely …
It was a year of madness that, in my darkest moments, I feared might extend even to the gods …
The chaos and bloodshed of that year would have spread much further, and lasted far longer, if your father and I had not acted as we did. But such is the glory of kings, like that of butterflies, that we are masters of the moment. The colours on my wings are already fading faster than my eyesight. Those powers that I have exercised, along with all the influence I have flourished, and the wealth I have accrued, were never truly mine, but merely lent to me by the gods. Unlike your other grandfather, it will never fall to me to be numbered amongst them …
Your loving grandfather, Tiberius Claudius Cogidubnus.”

Mark Patton was born and brought up on the island of Jersey. He studied Archaeology and Anthropology at Cambridge and completed his PhD at university College London. He has taught at various universities in the Netherlands, France and the UK, and currently teaches for The Open University. His first novel, Undreamed Shores, was published in 2012, and his second, An Accidental King, in 2013, both of them by Crooked Cat Publishing.

Mark Patton was born and brought up on the island of Jersey. He studied Archaeology and Anthropology at Cambridge and completed his PhD at university College London. He has taught at various universities in the Netherlands, France and the UK, and currently teaches for The Open University. His first novel, Undreamed Shores, was published in 2012, and his second, An Accidental King, in 2013, both of them by Crooked Cat Publishing.

Schedule;
Tuesday, November 19, 2013
Authors’ Cafe
The Most Happy Reader
Secret Southern Couture
M.J. Schiller, Romance Author
For Whom The Books Toll
3 Partners in Shopping, Nana, Mommy, & Sissy, Too!
My Devotional Thoughts
Nancy Jardine features
Margo Hoornstra – Writing Inside & Out
Loralee Lillibridge – Blogging Across the Back Fence
What Readers Want
Posted by 3 Partners in Shopping at 12:11 AM