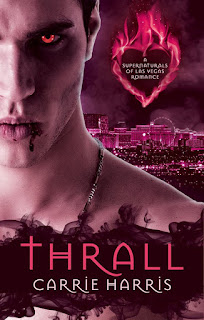 Liss Lorensson is a thrall–born to be a servant of the vampire crown prince.

Gregor Valdemar is a vampire prince who chafes under the strict rule of his sire and longs for a different life.

When the two finally meet on Liss’s 21st birthday, sparks fly. But blood magic, murder, and political intrigue stand in the way of their growing romance. Vampire seduction meets the power of the blood in this first volume of the Supernaturals of Las Vegas series.

Excerpt
Liss Lorensson fastened a length of pearls around her neck and tried not to think about biting. It would happen right there, at the sensitive juncture where the shoulder met the neck, just under the slightly uneven orbs that distinguished real pearls from fake baubles made in factories. She was resigned to getting bitten—it was part of her new job, after all—but after all of the time she’d spent preparing for this night, it had gotten built up in her mind. Anyone who knew her would say that Liss Lorensson was never nervous or underprepared for anything. She’d practically sprung from the womb with a to-do list, according to her mother. But now, she felt both of those things, and she didn’t quite know how to deal with it.
She settled the pearls into place, eyeing her reflection, ignoring the minute tremor of her hand. No one who saw her would guess at her agitation. Her face was a perfect, pale oval with the kind of complexion that usually only comes with Photoshop. Makeup accentuated the cold intensity of her icy blue eyes. Her long blonde hair was twisted back into a chignon, not a strand out of place. A shimmery silk dress gave her an air of understated yet virginal elegance, topped off with a pair of silver, strappy heels. She usually skipped heels, since at 5’10” they often made her taller than her dates, and most men didn’t like that sort of thing. But Gregor was tall, so she’d been practicing with these particular shoes for weeks now. She could do anything in them now without stumbling—walk, dance, sneak into locked rooms, or engage in hand to hand combat.
Even so, all the preparation felt insufficient. Only a few days earlier, she’d graduated from her small private college with a dual degree in finance and political science, summa cum laude. She’d moved out of her dormitory the next day, ignoring the protests of casual friends who didn’t know anything about the world she came from. Today was her 21st birthday, and they’d begged her to stay so they could take her out on the town. A small part of her was curious to know what that would be like, to drink until her head swam, to pick up some boy she didn’t care about and do as she liked with him. She’d never done anything like that. There had never been time. She’d been taking a huge load of classes in order to graduate early and return home for her presentation tonight.
Her eyes fell on the stack of textbooks on the divan. She’d moved back to her family’s penthouse in a hurry, and her normally immaculate bedroom was still in disarray. The marble floor was dotted with half unpacked suitcases and boxes of dorm essentials she’d need to donate or move to storage. Normally, she was on top of that kind of thing, but there hadn’t been time for that either. She hadn’t even had time to process the fact that she was no longer a college student. As of tonight, she’d take her place with her family, thralls to Gregor Valdemar, prince of the vampire kingdom of Las Vegas. Each vampire was allowed four thralls, who protected their masters during the day and served them at night. She’d help her father run the Renaissance Casino and Hotel, one of the biggest resorts on the Strip. No one knew it was owned by the undead. One vampire in particular—Gregor. Her new master, as of tonight.
She’d seen him a few times from a distance, but vampires weren’t allowed to associate with thrall minors, so they’d never spoken in person. But she had pictures, of course, and plenty of stories about him from her parents and her older brother Tait. He seemed to be a good boss and patron from what she could gather. At least she wasn’t stuck with one of those anachronistic morons who couldn’t or wouldn’t change with the times, the kind that made their thralls dress up in white powdered wigs and corsets just because it reminded them of the good old days. In order to be successful, one needed to stay current, and Gregor seemed like he managed that. He’d financed her college education, for starters, and had sent her a note of admiration when she’d won a particularly exclusive finance and economics prize. She’d kept the note, reading it over and over again in the hopes of getting a glimpse at the mind behind it. But it simply said, “Congratulations on winning the Stepford Prize. I hear it is particularly competitive. Gregor.” It was handwritten in neat, small print. There was nothing to be gleaned from that except for the notability of him sending it at all. For him to take a few moments to celebrate her accomplishments before she’d even reached the age of maturity seemed to bode well for their working relationship. 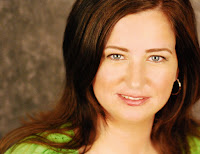 Carrie Harris is a geek-of-all-trades who writes genre fiction for all ages. If it has monsters, mayhem, or murder in it, she’s all in. Because all authors are required to have a history of weird jobs, she worked as an autopsy coordinator and in a lab full of brains in jars. Now she’s a full time writer in Utah, where she lives with her ninja-doctor husband and three teenage children. Carrie has done a variety of cool things like organizing WriteOnCon (an online writers conference) and serving as the president of the Class of 2k11 (an author marketing group), and her book BAD TASTE IN BOYS was named a Quick Pick for Reluctant Readers. If you bring any of this up to her, she will blush a ridiculous amount. As you read this, she is probably drinking something caffeinated and talking to people that only exist in her head. 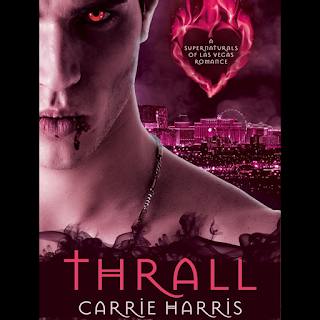 a Rafflecopter giveaway
Posted by 3 Partners in Shopping at 10:34 PM