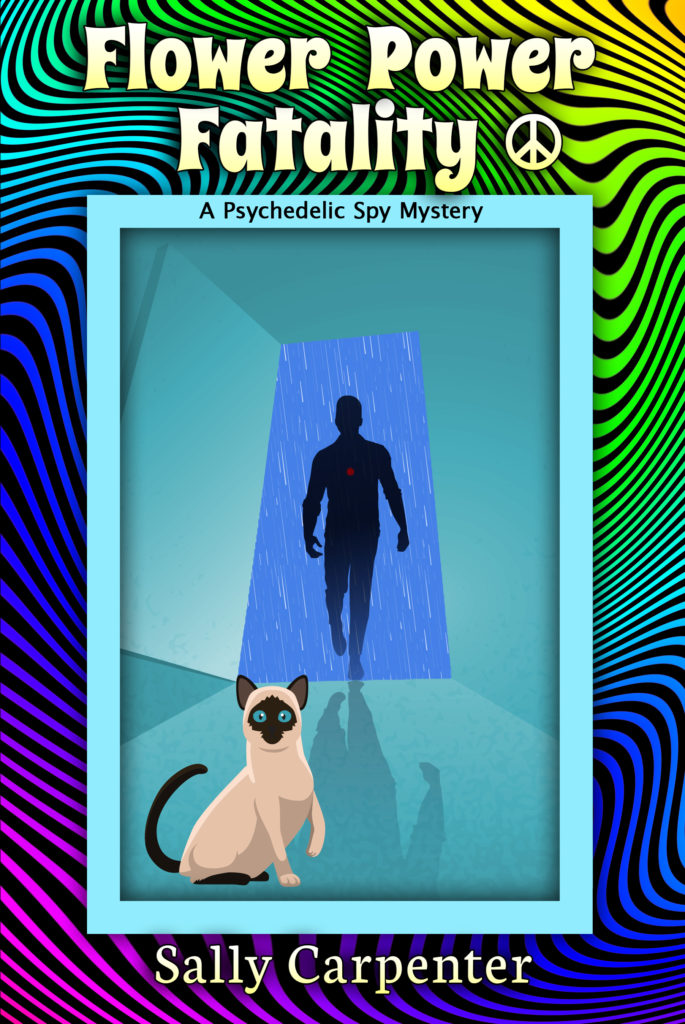 The Cold War gets cozy in this retro-cozy spy caper set in 1967, a year of music, miniskirts—and murder! Actress Noelle McNabb works at the Country Christmas Family Fun Park in Yuletide, Indiana, but she longs for the bright lights of Hollywood.
Real-life drama comes her way when a stranger with a fatal gunshot wound stumbles across her doorstep. When she attempts to finds the man’s murderer, Noelle encounters a super-secret spy agency, SIAMESE (Special Intelligence Apparatus for Midwest Enemy Surveillance and Espionage). SIAMESE recruits Noelle on a quest to find missing microdots under the guidance of a street-wise agent, Destiny King. As Noelle goes undercover in a cheesy nightclub and faces the enemy in late-night chases, she uncovers family secrets and finds her moral values put to the test. Along with her pet cat, Ceebee, and the kooky residents of Yuletide, Noelle discovers it takes a village to catch a killer.

Sally Carpenter has a master’s degree in theater from Indiana State University. While in school her plays “Star Collector” and “Common Ground” were finalists in the American College Theater Festival One-Act Playwrighting Competition. “Common Ground” also earned a college creative writing award and “Star Collector” was produced in New York City.
Carpenter also has a master’s degree in theology and a black belt in tae kwon do.
She’s worked as an actress, college writing instructor, theater critic, jail chaplain and tour guide/page for Paramount Pictures. She’s now employed at a community newspaper.
In her Sandy Fairfax Teen Idol series are: “The Baffled Beatlemaniac Caper

” and “The Quirky Quiz Show Cape

r.”
She has short stories in two anthologies: “Dark Nights at the Deluxe Drive-in” in “Last Exit to Murder” and “Faster Than a Speeding Bullet” in “Plan B: Omnibus.”
She penned chapter three of “Chasing the Codex

,” a group mystery written by 24 authors with Cozy Cat Press, and writes the Roots of Faith column for the Acorn Newspapers.
She’s a member of Sisters in Crime/Los Angeles.