The ghost of the Pungo Witch meets a shattered hea 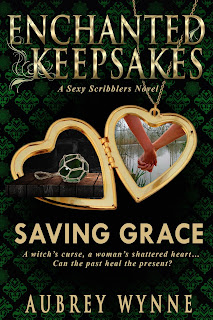 The ghost of the Pungo Witch meets a shattered heart.Jackson Hahn, Virginia Beach's local historian, has his eyes on the mysterious new woman in town. When she enters his office, he is struck by her haunting beauty and the raw pain in her eyes. Her descriptions of the odd events happening in her bungalow pique his curiosity. Chloe Hicks' life consisted of an egocentric ex-husband, a pile of bills, and an equine business in foreclosure until a fire destroys the stable and her beloved ranch horse. What little hope she has left is smashed after the marshal suspects arson. She escapes the accusing eyes of her hometown, but not the memories and melancholy.The sexy historian distracts Chloe with the legend of a woman wrongly accused of witchcraft. She is drawn to the story and the similarities of events that plagued their lives. Perhaps the past can help heal the present. But danger lurks in the shadows... 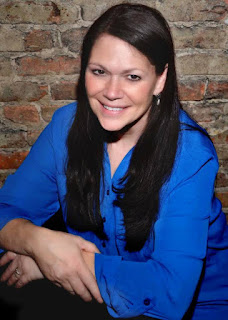 Bestselling and award-winning author Aubrey Wynne resides in the Midwest with her husband, dogs, horses, mule and barn cats. She is an elementary teacher by trade, champion of children and animals by conscience, and author by night. Obsessions include history, travel, trail riding and all things Christmas.

Her upcoming series “A Vintage Romance” was inspired by tales of her stepfather, who served for the British Air Force in WWII. Wynne’s medieval fantasy series “Medieval Encounters” will launch in 2017 with Rolf’s Quest.

a Rafflecopter giveaway
Posted by 3 Partners in Shopping at 11:44 PM