A definite edge of your seat ride that I will take again and again!
~Community Bookstop 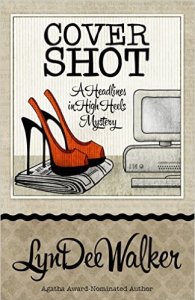 It’s been a slow news month in Richmond, and crime reporter Nichelle Clarke is enjoying the downtime when ominous messages and a dead body kick things into high gear. And that’s before the guy with the rifle takes a hospital full of people hostage.
Up to the top of her knee-high Prada boots in leads, Nichelle finds her favorite detectives under pressure to make an arrest, but it doesn’t add up—and ignoring the “why” of this story could cost Nichelle the most important person in her life.
With too much to lose, a shot at the story of a lifetime, and a missing bullet that might be the key, landing this headline could save the day, but can Nichelle dig up the truth before the killer buries her with it?
Related subjects include: cozy mysteries, women sleuths, murder mystery series, whodunit mysteries (whodunnit), book club recommendations.

Books in the Headlines in High Heels Mystery Series: 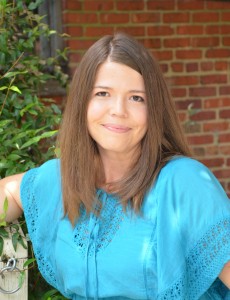 LynDee Walker’s award-winning journalistic work has appeared in newspapers and magazines across the nation.
Her debut novel, FRONT PAGE FATALITY, is an amazon and Barnes & Noble #1 bestseller, and was nominated for the Agatha Award for Best First Novel. DEVIL IN THE DEADLINE is the fourth in LynDee’s Headlines in High Heels mystery series. The fifth COVER SHOT is out November 2015.
LynDee adores her family, her readers, and enchiladas. She often works out tricky plot points while walking off the enchiladas. She lives in Richmond, Virginia, where she is either playing with her children, working on her next novel, or admiring beautiful shoes she can’t wear.


a Rafflecopter giveaway
Posted by 3 Partners in Shopping at 11:16 PM