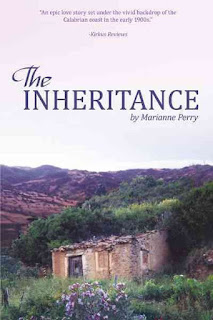 Book Description for The Inheritance :

The Inheritance tells the story of a family disintegrating from conflicting
loyalties in Calabria, Italy. Set during the period 1897 to 1913, the
region was subject to earthquakes and tsunamis; the land harsh and
poverty the norm. Superstition clashed with religion and a class system
ruled the people. Calabria is the perfect backdrop for the tragedy that
unfolds in The Inheritance.

Caterina  is an atypical woman, and The Inheritance chronicles her life from
birth to young womanhood. Born with an inheritance of loss into a
society that has predetermined what she can and cannot do, she vows to
live a life of her choosing. Caterina refuses to allow the limits of her
gender, the constraints of her class and the demands imposed by those
in power to stand in her way. Caterina remains steadfast in her
commitment to become the woman she imagines. Her decisions ignite
conflicts and fuel a chain of events that result in dire consequences
for all whose path she crosses.

Praise for The Inheritance:

“Like a classic star-crossed love story, the novel is written with lush
detail enriched with both likable and loathsome characters. In
particular, Perry builds strong and decisive female characters. Although
the key action doesn’t occur until the final chapters, Perry’s
exquisite descriptions will transport readers back to the time and place
of Lorenzo and Caterina’s romance-the brilliant colors in villa
gardens, the smells and tastes of decadent food, and the menacing sounds
of the ocean during an earthquake. After the engrossing storylines come
to an abrupt end, a cliff-hanger will leave readers anxious for a
sequel to continue Lorenzo and Caterina’s tragic story. Solid characters
and vivid imagery capture the mood, traditions and uncertainty of the
time.” – Kirkus Reviews, December 7, 2012

“The premise for The Inheritance was inspired by the author’s genealogical
research in Calabria, Italy. Marianne Perry’s research trip to Cosenza
province is obvious in her vivid descriptions of the setting of “The
Inheritance”. The landscape, colours, culture, native food, plants and
flowers, and even the weather are all vibrantly described……Perry deftly
weaves secrets and betrayals throughout the entire book, not only among
the two families but the supporting characters, as well….Marianne Perry
weaves a very vivid tale that might well have happened hundreds of times
over the centuries. “The Inheritance” will definitely make you think
about how our ancestors came to be aboard a transatlantic vessel for a
perilous three week voyage to being a new life.” – Amanda Morehouse, The
Ontario-Canada Genealogical Society, August 2014 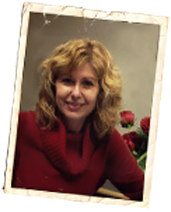 Family dynamics, genealogical research to solve ancestral mysteries and
international travel are Marianne Perry’s priorities. A
second-generation Canadian-Italian, she is the author of The
Inheritance, a historical fiction set in Calabria, Italy from 1897 to
1913 inspired by her grandmother’s early life in Calabria. With a
thirty-year career in education and communications, Marianne holds a
Master of Education Degree from The University of Western Ontario
(Canada).


A past member of the Board of Trustees, the Canadian National Arts Centre
Corporation, she has also published non-fiction genealogical articles
throughout North America. As a girl, Marianne fell in love with The
National Geographic Magazine and dreamt of exploring the world. With her
recent visit to Antarctica, she achieved her goal of stepping foot on
every continent. The mother of two grown children, Marianne and her
husband live on the shores of the St. Mary’s River, which drains Lake
Superior on the outskirts of Sault Ste. Marie, Ontario, Canada. She
continues to research family history and write non-fiction genealogical
articles. In addition, she is working on her second novel and planning
further adventures.

I really liked reading about earlier times in Italy. "The Inheritance" by author Marianne Perry is a sad and tragic story. Caterina has a life filled with one horrible event after another starting with her birth and her mother dying during childbirth. Her father and others try to give her a normal life. She finds herself involved with a man and she truly loves him. The problem is that he has a very mean father who has to control everything and everyone around him. He has never approved of Caterina. He is going to do whatever he can to make sure that they can never be together. I liked the story and the characters were believable.   I give this book a 4/5. I was given this book for the purpose of a review and these are all my opinions