The action in Brooklyn Drop is progressive and riveting. Just when you think you’ve seen the worst, another layer, another facet is added.
~Back Porchervations

This story reminds me of a television drama. The author has us completely tuned in and on the edge of our seats as the mystery plays out.
~Escape With Dollycas Into A Good Book 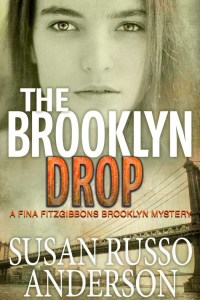 In the middle of a wintry night, private investigator Fina Fitzgibbons finds Lorraine’s friend, Phyllida Oxley, slumped over her dining room table, the victim of memory-impairing date rape drugs. When her condition goes from poor to comatose, her distraught fifteen-year-old granddaughter, Kat Oxley disappears. Meanwhile, Fina’s agency is busy surveilling a massage parlor in Bensonhurst suspected of human trafficking, and Fina’s father reappears to throw a wrench into her relationship with NYPD Patrol Officer Denny McDuffy. As Fina frantically searches for the missing teen, she uncovers the truth behind the traffickers, but they have a surprise waiting for her in the not-so-friendly skies. 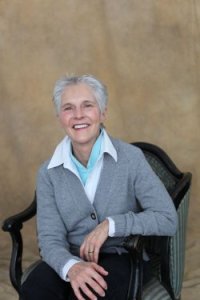 Susan Russo Anderson is a writer, a mother, a member of Sisters in Crime, a graduate of Marquette University. She’s taught language arts and creative writing, worked for a publisher, an airline, an opera company. Like Faulkner’s Dilsey, she’s seen the best and the worst, the first and the last. Through it all, and to understand it somewhat, she writes. Too Quiet in Brooklyn, the first book in the Fina Fitzgibbons Brooklyn mystery series, published December 2013. The second book in the series, Missing Brandy, about a missing teen, published September 2014, and Whiskey’s Gone, about the abduction of a single mom, completes a trilogy. The working title of the fourth is Dead in Brooklyn.