Homicide in the House by Colleen J. Shogun

Homicide in the House
by Colleen J. Shogun 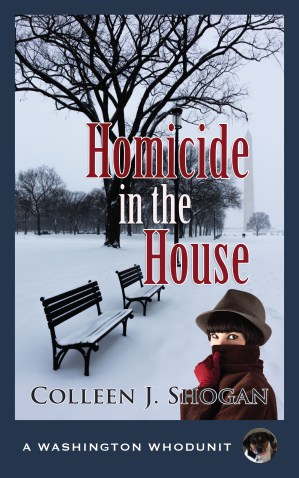 Homicide in the House
(Washington Whodunit)

Kit Marshall has bounced back from her first brush with the law, when she was suspected of murdering her senator boss. Now she is working for a freshman congresswoman, Maeve Dixon, a young Gulf War veteran representing North Carolina. It’s February, and Kit is feeling out of sorts. A government shutdown has just been announced, wreaking havoc on the Hill, and Dan, Dixon’s chief of staff and Kit’s supervisor, is an inexperienced lightweight flying blind. Then there’s Kit’s distracted live-in boyfriend, Doug, who doesn’t seem any closer to popping the question. Kit’s best friend Meg is up to her eyeballs with her new beau and oversight committee job, and Clarence the beagle mix will certainly not win Capitol Canine if Meg has to campaign for him all by herself. Bad as things are now, they are about to get much worse.
Early one morning Representative Dixon is caught standing over the corpse of Jack Drysdale, the Speaker of the House’s top staffer, a man she argued with in front of the press the day before. The murder weapon was the Speaker’s gavel. This item was entrusted to Dixon at the time, leading the police to believe they’ve found their killer. To save her job, Kit must clear her boss’s name, and quickly. Dixon’s career may be over if the police declare her a suspect or an anonymous blogger known as Hill Rat breaks the story. Solving this murder will test Kit’s courage and all her fledgling powers of deduction as she roams a spooky, sparsely populated Capitol Hill looking for clues and sounding out suspects. 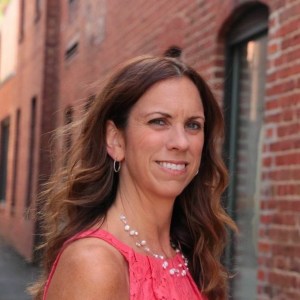 Colleen J. Shogan is a senior executive at the Library of Congress. She is the former deputy director of the Congressional Research Service and previously served as a staffer in the United States Senate. A political scientist by training, Colleen has taught American government at Georgetown University, Penn, and George Mason. Colleen is a native of Pittsburgh, Pennsylvania. She received her BA from Boston College and her doctorate from Yale. A member of Sisters in Crime, she lives in Arlington, Virginia, with her husband Rob Raffety and their rescue mutt, Conan. Her first book, Stabbing in the Senate

I love to read about politics.  "Homicide in the House" by author Kit Marshall is about a woman named Kit Marshall who has just gotten cleared of the idea that she may have killed her boss who was a senator. Maeve Dixon is her new boss and she is a new congresswoman from North Carolina. What is she going to do when they have a shutdown of the government. Doug is Kit's boyfriend and it seems like that there is no future at all between them. Her new boss Maeve Dixon is found with the body of a man who she fought with the day before. Kit has to find out really fast who really killed the Speaker of the House. The police think she killed him with his own gavel. This time Kit has to solve this before she is out of a job and her boss goes to jail. Will she find the killer in time? Will she be next? I was given this book for a review and these are all my opinions. I give this book a 4/5.