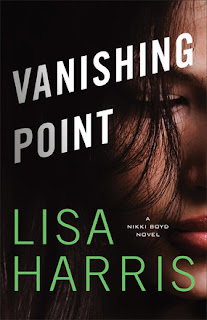 Six girls missing . . . and every clue leads to a dead end
During Garrett Addison's first week on the job as a criminal investigator for the Tennessee Bureau of Investigation, his team is called out to a murder scene of a young girl. She's just one in a string of disappearances with one thing in common--a Polaroid photo of each victim left behind at the crime scene.

The FBI is pulled into the case to help, and Garrett finds himself working with Special Agent Jordan Lambert, the woman he once loved. When yet another girl dies, Garrett wonders whether he really has what it takes to be an agent. Maybe he should just walk. But while he may be done with the killer, the killer is not done with him--or Jordan.


Praise for The Nikki Boyd Files

Lisa Harris is a bestselling author, a Christy Award winner, and the winner of the Best Inspirational Suspense Novel for 2011 and 2015 from Romantic Times for her novels Blood Covenant and Vendetta. The author of more than thirty books, including Vendetta, Missing, Pursued, and the Southern Crimes series, Harris and her family have spent fourteen years living as missionaries in southern Africa. Learn more at www.lisaharriswrites.com.

"Vanishing Point" by author Lisa Harris is a very suspenseful novel. This is part of her series called The Nikki Boyd series. Jordan Lambert is a Special Agent with the FBI and she is working on a case where 6 girls are gone. Garrett Addison has just started a new job and he has to work with Jordan even though they have a past. Each victim has only been left with 1 lead, a picture of each girl. Will this be enough to find the suspects? Then there is another killing of a young girl. Should Garrett just leave? Why is he even here?  Will he and Jordan solve the crimes or will the murderer get them first? I give this book a 5/5. I was given this book for a review by Revell Publishing and these are my opinions.