Lee Alvarez takes a job ferreting out the saboteur of a start-up company’s Initial Public Offering in the heart of Silicon Valley. Little does she know early one morning she will find the CEO hanging by the neck in the boardroom wearing nothing but his baby blue boxers. Was it suicide? Or was it one of the many people who loathed the man on sight, including his famous rock singer ex? Enter the world’s scariest drug, Devil’s Breath, and the bodies start piling up all the while she’s planning her very own Christmas wedding. Ho, ho, ho. 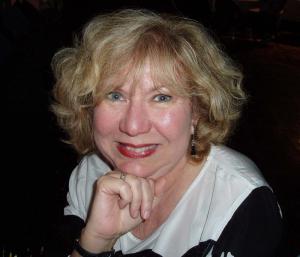 After studying drama at the University of Miami in Florida, Heather went to Manhattan to pursue a career. There she wrote short stories, comedy acts, television treatments, ad copy, commercials, and two one-act plays, which were produced, among other places, at the famed Playwrights Horizon. Once, she even ghostwrote a book on how to run an employment agency. She was unemployed at the time.
Her first novel started the Silicon Valley based Alvarez Family Murder Mystery Series.  Murder is a Family Business

, Book One, won the Single Titles Reviewers’ Choice Award 2011, followed by the second, A Wedding to Die For, 2012 Global and EPIC finalist for Best eBook Mystery of the Year. Death Runs in the Family

won the coveted Global Gold for Best Mystery Novel, 2013. DEAD….If Only won the Global Silver for Best Mystery Novel, 2015. Her fifth novel of the series, The CEO Came DOA, debuts September, 2016. She loves writing this series mainly because she gets to play all of the characters, including the cat!
Heather’s other series, The Persephone Cole Vintage Mystery Series, is set in Manhattan circa 1942, during our country’s entrance into WWII. The Dagger Before Me

, Book One, was voted best historical and mystery novel by Amazon readers in October, 2013.  It was followed by Iced Diamonds

, is a 2016 Lefty Award Finalist Best Historical Mystery.
On a personal note, her proudest award is the Silver IPPY (Independent Publisher Book Awards) Best Mystery/thriller 2014 for Death of a Clown. The stand-alone noir mystery is steeped in Heather’s family history. Daughter of real-life Ringling Brothers and Barnum and Bailey Circus folk, her mother was a trapeze artist/performer and father, an elephant trainer. Heather likes to say she

brings the daily existence of the Big Top to life during World War II, embellished by her own murderous imagination.

Heather gives lectures, speaks at book clubs, and moderates author panels in the Bay Area, as well as teaching the art of writing. She believes everyone should write something, be it a poem, short story or letter. Then go out and plant a tree. The world will be a better place for it.
Author Links
Web – http://www.heatherhavenstories.com/
Amazon – Heather Haven
Facebook – https://www.facebook.com/HeatherHavenStories
Twitter@HeatherHaven
Purchase Links
Amazon – http://amzn.to/29WQyfr