Enter to Win a
Print Copy of THE SWEETEST CHASE 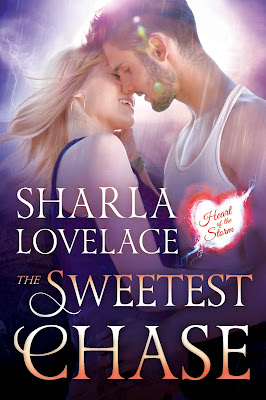 Photographer Quinn Parker is getting married in a month, and she’s almost happy about it. Even though her mother is planning the whole wedding. Even though she’s secretly had the hots for Simon Chase forever. But he’s her best friend’s brother and her coworker . . . off-limits even if she were single. So she’s marrying the man who should be her perfect match—and that’s that.

Simon Chase’s life revolves around his family’s storm-chasing business. The meteorologist of the bunch, he’d rather be out in the weather than reporting it—especially if Quinn Parker is along to photograph the run. He’s been hiding his crush on her for a long time, and it’s only intensified. But she’s marrying someone else—and that’s that.

Or is it?  When a Chase family wedding sets the stage for body temperatures to rise and the pressure of Quinn’s impending wedding to build, a new reality breaks.  Quinn and Simon discover their unrequited affections have been mutual all along. When the gathering storm of their attraction finally reaches its peak, will it leave their lives in shambles? Or will they find shelter in each other?

The air suddenly got thicker, if that was possible. Quinn felt every one of her nerve endings zinging as if a mother ship were calling to her from somewhere. And those magnets—damn it, those magnets were tugging at her. His eyes—


“Simon,” she breathed, the word having no sound, and barely enunciation.


“I went to your place,” Simon said, just as low. His eyes were crazy dark.


She licked her lips and watched those eyes drop to catch it, sending every ounce of feeling to one central place. She could hear her breathing in her ears, and it sounded like she’d just run around the building. Through sand.


Wait—he came looking for her?


The tiniest movement of his head signified a shake, but his eyes burned into hers.


She did. It was the same reason she needed to walk away that very second.


“Please don’t,” he said finally. So softly she almost didn’t hear it.


Her feet moved on their own, crossing the space between them, pulling his head down at the same time he reached for her. Her mouth met his the moment her feet left the ground. 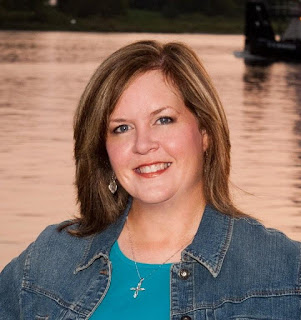 Sharla Lovelace is a bestselling, award-winning author of sexy small-town love stories. A proud Texas girl through and through, she lives in southeast Texas with her retired husband, a tricked-out golf cart, and two rambunctious dogs. Author of five stand-alone novels and the Heart of the Storm series, she loves connecting with readers; find her on Twitter, Facebook, and Goodreads, or subscribe to her newsletter at www.sharlalovelace.com to keep up with new releases.

Don't Miss LOVING THE CHASE,
book one in the Heart of the Storm Series