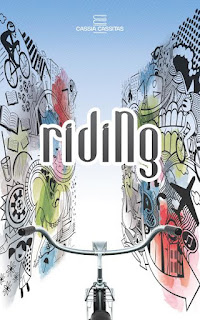 Amidst
real events and landscapes, men and women like us wander the cities we
inhabit, rehearsing happier lives in the pages of this motivational
narrative. From each one, destiny took a part to make them perfect.

When
he is born, Andre propels his mother's life in a new direction. His
father, an executive who organizes Olympic competitions around the world
and doesn't know when to come back home, strives to make him a worldly
citizen. Cycling, his life acquires purpose: becoming an Olympic
para-athlete.

Together
with his friends, he experiences disappointments and new beginnings. A
doctor that builds robots, the daughter of a lonely teenager, and a
retired athlete teach André how to overcome his limits and live his
dream.

As
a tribute to all those who choose to sign the next episodes of their
lives, this book is about overcoming one’s self amid achievements,
obstacles, love and heroism, written behind the scenes of life.

When I choose the name of each character of Riding, the rule was: real people should have name and surname, secondary characters may not have names and fictional characters deserved literary names.
Mario was born as the youth saved by the memorable Jean Valjean:
“With that goal in mind, more than thirty miles of underground tunnels had been opened to support the expansion of an electric grid. This project in particular had Mario’s attention because it reminded him of the famous underground tunnels in Paris, through which Jean Valjean carried a character by the name of Marius during the Herculean effort narrated by Victor Hugo in ‘Les Misérables’.”
As the Victor Hugo’s Mario, the Riding’s character: leaved from his home and his family to fight for his ideals. Both were rescued to live a love story. Carrying disquiet in his heart, he woundered:
“How many people - fathers and mothers - were crossing the invisible tunnels of difficulty in order to lead their children toward a safer future. Like trainers and coaches, how many of them had been involved in propelling someone else to the celebrated podium of society?”
Mario went ahead and fell in love by Elizabeth. Without words, only feelings, she became a Jane Austen’s heroine:
“Having spent so much time doing things, she had forgotten that she was bigger than her acts; she was somebody. “Until this moment, I never knew myself.” She wondered if Jane Austen had written that for her. Heroes or supporting characters; Jane Austen’s Elizabeths were always deep, keen learners, women whose lucidity overflows into a reality that others never seem to see. And that is why these characters speak without uttering a word and act without weighing in. Yes, she deserved that.”
Yes, the song was right. Together they understood “the love need us two” resulting in Andre. In land of Hercules, Mario choose his son destiny:
“Barcelona is a tribute to courage, Elizabeth, and that will be our baby’s name.”
- Hercules? She looked at her husband, surprised.
“No, ‘courage.’ It’s ‘Andres’ in Greek - so, it will be Andre, or Andrea.”
They are the main characters of Riding, a history of people moved by challenges, who are determined and have plenty of energy.” 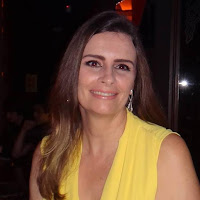 In
my mind, words came in strides. They aligned themselves in arguments
that were ready for combat after rebelling themselves - and that was
just inkling. Where was my certainty to support the new image? And where
were my emotions, with their brushes to bring color to life?"

Born
in the interior of the state of Paraná, Cassia Cassitas accumulated
various degrees throughout her career in Information Technology. The
author of three novels, her texts convey ideas accumulated amidst the
smell of coffee plantations, shoe factories, and the technology of the
20th century. These texts deal with life-altering episodes, in a path
lit by a harmonious blend of memories and imagination.