Daughter of the Sea and the Sky by David Litwack Review

Synopsis
After centuries of religiously motivated war, the world has been split in two. Now the Blessed Lands are ruled by pure faith, while in the Republic, reason is the guiding light-two different realms, kept apart and at peace by a treaty and an ocean.

Children of the Republic, Helena and Jason were inseparable in their youth, until fate sent them down different paths. Grief and duty sidetracked Helena's plans, and Jason came to detest the hollowness of his ambitions.

These two damaged souls are reunited when a tiny boat from the Blessed Lands crashes onto the rocks near Helena's home after an impossible journey across the forbidden ocean. On board is a single passenger, a nine-year-old girl named Kailani, who calls herself The Daughter of the Sea and the Sky. A new and perilous purpose binds Jason and Helena together again, as they vow to protect the lost innocent from the wrath of the authorities, no matter the risk to their future and freedom.

But is the mysterious child simply a troubled little girl longing to return home? Or is she a powerful prophet sent to unravel the fabric of a godless Republic, as the outlaw leader of an illegal religious sect would have them believe? Whatever the answer, it will change them all forever... and perhaps their world as well. 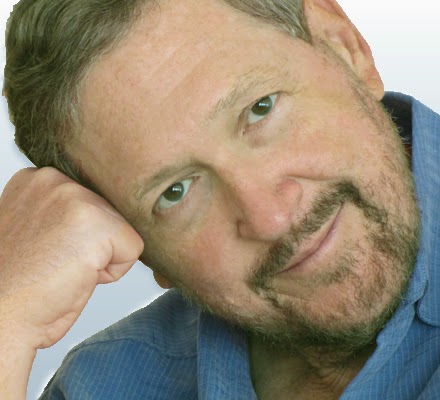 Author Bio
The urge to write first struck when working on a newsletter at a youth encampment in the woods of northern Maine. It may have been the night when lightning flashed at sunset followed by northern lights rippling after dark. Or maybe it was the newsletter's editor, a girl with eyes the color of the ocean. But he was inspired to write about the blurry line between reality and the fantastic.

Using two fingers and lots of white-out, he religiously typed five pages a day throughout college and well into his twenties. Then life intervened. He paused to raise two sons and pursue a career, in the process becoming a well-known entrepreneur in the software industry, founding several successful companies. When he found time again to daydream, the urge to write returned. His novels include: There Comes a Prophet, Along the Watchtower, and the newly released The Daughter of the Sea and the Sky.

David and his wife split their time between Cape Cod, Florida and anywhere else that catches their fancy. He no longer limits himself to five pages a day and is thankful every keystroke for the invention of the word processor.

My review;
This book grabbed my attention from the first page. I loved the storyline and I loved the characters. Where has this child come from? How did she get here? Who is she really? These are the questions that you will ask yourself throughout this novel. Can anyone help her? Will Helena be able to help her and herself?   I give this book a 5/5. I was given this book for the purpose of a review and all opinions are my own.
Posted by 3 Partners in Shopping at 12:34 AM