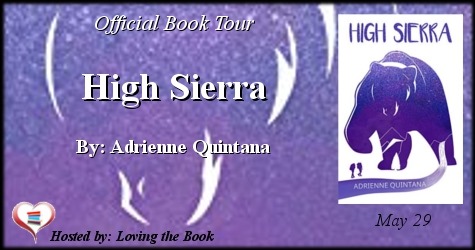 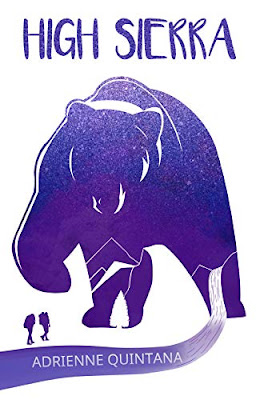 When Jasmine Fuentes finds herself thousands of miles from home, forced to hike around in the wilderness of California with a bunch of juvenile delinquents, she’s convinced she doesn’t belong.

Forage for food, build shelter, make fire—Jasmine sets out to learn what she needs to do to ace the program so she can go home and salvage her summer vacation. But the more she tries to prove she doesn’t need wilderness therapy, the more desperate her situation becomes. Confronted with life and death, she comes face to face with her past and her imperfections. Will Jasmine ask for help before it’s too late? 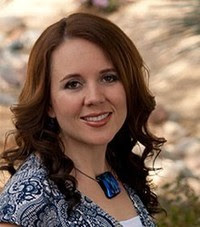 Adrienne Quintana is the author of Eruption as well as several children's books. When she isn't writing, Adrienne enjoys running, hiking, and matchmaking (Are you single? She probably knows someone perfect for you.)

She lives in Arizona with her husband and four children, who give her love, support, and plenty of good material for Instagram.

Oh, geez. It was like the two worst words on earth got together and had an ugly baby. Wilderness therapy? Like on the reality show my mom was obsessed with? Extreme rehab for troubled teenagers—kids with huge problems? Why would she...what had I…oh no, seriously, this had to be a mistake.

“Nobody’s going to force you to hike today, Noah. In fact, we’re not going to force you to do anything. It’s your decision. You can stay here as long as you want, but the tents are going on ahead.” She touched his back. “If we stay here, we’ll be on our own. And it’ll get pretty cold tonight.”
He squeezed his eyes even tighter then opened them. They looked more sunken than they had before his nap. I was no doctor, but Quasimodo obviously was in no condition to hike. He needed to be tucked in a soft bed where he could sleep for three or four weeks to get rid of those bags under his eyes.
“We still have a ways to go today, but we can take it at your pace, just like earlier. We’ll stop when you need to stop.” His eyes clouded over and he closed them, rolling away from Backwoods Barbie. I swallowed a lump in my throat. This was so humiliating for all of us.
She stayed there with her hand on his back. By now, everyone had gathered around Abercrombie, but we were all watching Quasimodo. I don’t know about everyone else, but I was mentally willing him to stand up. Every minute he