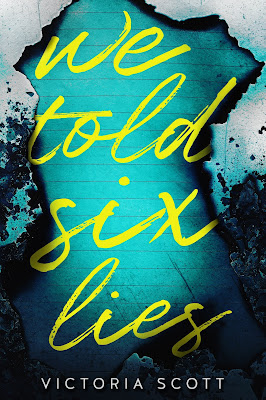 Remember how many lies we told, Molly? It’s enough to make my head spin. You were wild when I met you, and I was mad for you. But then something happened. And now you’re gone.

But don’t worry. I’ll find you. I just need to sift through the story of us to get to where you might be. I’ve got places to look, and a list of names.

The police have a list of names, too. See now? There’s another lie. There is only one person they’re really looking at, Molly.

And that’s yours truly.

Pre-Order Links can be found HERE! 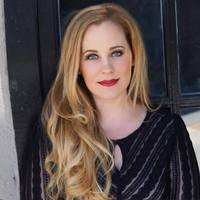 
Victoria Scott is the acclaimed author of nine novels including FIRE & FLOOD, THE COLLECTOR, and the upcoming WE TOLD SIX LIES (March 2019). Victoria’s books have been YALSA-nominated, have appeared on the prestigious Spirit of Texas Reading Program, and have been included on Bank Street College of Education's Best Books of the Year list. She’s been featured in USA Today, Girls’ Life Magazine, and Glitter Magazine, and her stories have been translated and sold in fourteen countries across the world.

Victoria is also the owner and founder of Scribbler, the only subscription box for writers, which has been featured as a best box for creatives by BuzzFeed. Victoria holds a master’s degree in business management, and plans to expand Scribbler into an all-inclusive resource for novelists.