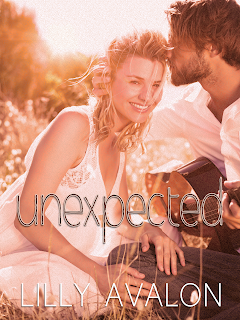 Summary from Goodreads:
Ever had one of those days? Alina Lyons is having one. Everything keeps falling apart and going wrong. Just when she thinks it couldn't get worse, it does. After a case of mistaken identity and a broken heart, she finds herself questioning the things she thought she knew. She wonders who she can turn to or trust anymore.

An unlikely bond with her former best friend's ex, Ryan Wilcox, sends her life in a new direction. He offers her a place to stay while she gets her life back on track. His friendship is exactly what she's been missing—what she's been needing. Alina's never felt this alive. As time goes by, the dynamic of their relationship becomes more than either of them expected. A few innocent kisses could lead them in a new direction, but are they prepared for what's on the other side?

Only one way to find out.


After saying goodbye to her mother, Alina and I get in our cars and drive back to my apartment. I stop at the taco place on the way and bring back a dozen tacos. When we get inside, Alina takes one look at them and says, “Good Lord, Mr. Hungry. How many are you planning on eating?”


“However many you don't eat,” I answer with a grin.


She rolls her eyes. “Typical.” She places two on her plate. “Don't think this means you get to have the other ten. I might have one more.”


“I'll save it for you.” We take our food to the living room and sit on the couch. I turn on the TV. “Anything you want to watch? I have basic cable, but I'm sure we could find something.”


She shrugs. “Doesn't really matter to me.”


I scroll until I find a Nash Bridges rerun. I raise an eyebrow at her and she nods, so I leave it and start eating. At the first commercial break, I hit the mute button and turn to her. “So...if we're going to be friends, we need to know a little more about each other.”


“Well, I know your name is Alina Lyons. And you used to work at a diner. And you were friends with Victoria since senior year in high school. But I don't really know anything else.”


“So, are we going to play twenty questions?” she asks, a smirk playing across her lips.


I make a funny face at her and smile. “No. Let's just go over some of the basics.”


She wipes her mouth with a napkin and sets down her plate on the coffee table. “Okay, I'll bite. What kind of basics?”


“Okay, so Nash Bridges—better or worse than Miami Vice?”


She giggles. “Well, they both have Don Johnson, so that alone makes them tied. I am partial to Nash Bridges, though. I used to watch it with my dad and brother growing up.”


Interesting. A girl near my age who actually knows about sitcoms from the eighties and nineties. I can't remember the last time I was able to talk to someone outside my family who's familiar with shows that didn't premiere in their teenage years. Most of my peers were more interested in the latest X-Men movie or who was voted off last night on American Idol. Not that I didn't care about “teenager” things, I just had a broader spectrum of taste. “Well played...but,” I say, pausing to hold up a finger, “you forgot to mention Yasmine Bleeth.”


“I didn't forget. I'm surprised that part matters to you when she doesn't run in slow motion in a red bathing suit on Nash Bridges.”


Not to mention a girl who's cheeky to boot by referencing Baywatch. “She doesn't have to. That's the beauty of it.” I wink and she laughs, shaking her head and covering her face. “You know what, Alina?”


“What?” she asks, peeking through her fingers.


“I think I'm going to like being friends with you.”

GIVEAWAY:
a Rafflecopter giveaway
Posted by 3 Partners in Shopping at 10:08 PM