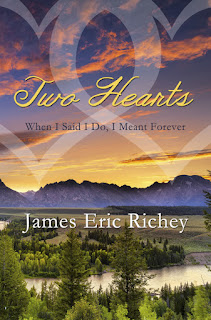 Jaxon Tagget is a cattle-rancher's son, born and raised on the Double T, just outside of Dillon, Montana. In love with his high-school sweetheart, Annie, Jaxon proposes on graduation night, presenting her with a wedding ring made from gold he mined himself. Annie accepts immediately, to the horror of her bitter, man-hating mother.

Jaxon's a wonderful husband, but the warnings of Annie's mother linger in the young bride's ears. And it doesn't help that women continue to fall all over the markedly handsome Jaxon.

Unaware of his wife's persistent doubts, Jaxon is struggling with his own troubles when he finds out his dad is sorely in need of money to save the ranch. But hope glimmers gold when he rediscovers the old mine on the Double T.

While Jaxon travels to verify the mine's productivity, Annie grows increasingly suspicious. Is Jaxon's absence what it seems, or does he have another, less faithful reason for his travels? When Annie sees a picture of the beautiful laboratory owner whom Jaxon is visiting, she's sure the only gold he's interested in is long, blond hair. Is Annie right, or will it be her doubts that forever sever their Two Hearts?

James Eric Richey was born and raised in California. He attended Brigham Young University, studying English with an emphasis in Literature. After graduating from BYU he returned home to California to further his education by attending law school. After passing the bar, James practiced in California for several years, but he quickly learned that he did not have a passion for the law.

In 1998 James obtained his real estate appraiser license, which has given him a flexible work schedule and allowed him to pursue his true passion, writing books. Besides his writing, he also enjoys reading, running, and sailing. James currently lives in Cheyenne, Wyoming, with his wife, Heather, and their two daughters.

GUEST POST;
3 Partners in Shopping, Nana, Mommy, & Sissy, Too!  would like to thank author James Eric Richey for sharing his thoughts with us today.

How Will You Ever Decide?


A few days ago my wife was going through a small box of random items from her childhood. She threw most of the items away, as they didn’t hold any big significance for me or her anymore and most of the items she had even forgotten why they were ever special to her.


For example, there were a few pictures of people she didn’t even remember. It was funny to see the style of clothes they were wearing in the 70’s. Looking back now, those clothes weren’t very stylish, but they made us felt hip then.


In the box she found a small unpretentious brown rock that she said she must have found along the road and picked up and tucked away into her pocket to save forever.

Then she came upon a little pink flowered journal. She remembers being very excited to write in it, but as she flipped through the pages, I could tell that her excitement had quickly faded after about eight entries as the rest of the pages were blank. We smiled together at her handwriting back then.


She began to read an entry and was reminded of a saying that her mother had often told her. Whenever my wife couldn’t make up her mind on something her mother would say to her, “If you can’t decide this, then how will you ever decide who you will marry?”


Some decisions are more important than others. Learning to make good decisions is very important, but deciding things such as what entrée I want from the menu or what movie I want to go to on date night doesn’t seem as big as who I’m going to marry!

Annie and Jaxton have loved each other since high school. But, Annie's mother hates men and she will not ever let her forget it. She refuses to allow them to marry. They decide to finally marry though and although they both work hard at their marriage Annie has doubts because of her mother. Jaxton continues to try to help save his family's ranch and Annie feels that he no longer wants her. Things get worse and worse. Jaxton has no idea of his wife's feelings, will he find out too late to save their marriage?  Will Annie be right? Can their marriage be saved? I give this book a 5/5. I was given this book for the purpose of a review and all opinions are my own.
Posted by 3 Partners in Shopping at 12:28 AM