The action in Bridges Burned moves quickly, from the explosive beginning to the climactic ending.
~Jane Reads
…what a fantastic book…face paced…plenty of twists & turns, intrigue, romance, and humor…
~Tea and A Book
I couldn’t put this book down, the characters have taken a life of there own and the story is so intense it hooks you in from the start leaving you wanting more.
~Shelley’s Book Case​ 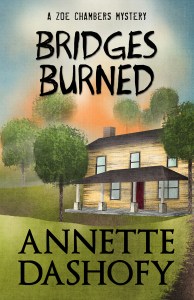 Synopsis
Paramedic Zoe Chambers is used to saving lives, but when she stops a man from running into a raging inferno in a futile attempt to rescue his wife, Zoe finds herself drawn to him, and even more so to his ten-year-old daughter. She invites them both to live at the farm while the grieving widower picks up the pieces of his life.
Vance Township Police Chief Pete Adams, of course, is not happy with this setup, especially when he finds evidence implicating Zoe’s new houseguest in murder times two. When Zoe ignores Pete’s dire warnings, she runs the very real chance of burning one too many bridges, losing everything—and everyone—she holds dear.


Guest Post
3 Partners in Shopping, Nana, Mommy, & Sissy, Too!  is very happy that author Annette Dashofy has shared her thoughts with us today.


Shopping Out of My Comfort Zone


I’ve been asked a number of times if Zoe Chambers and I have much in common. It’s a hard question. Zoe is taller than I am and has short blond hair. Mine is long and brown. She’s a good bit younger than I, and she had a much rougher childhood. Zoe was a wild teen and suffered the consequences. I was more of a geeky nerd who didn’t fit in with either the cool kids or the brainiacs.


I was a farm kid. And there begins our similarities.


Zoe and I both love horses and cats. The farmhouse Zoe lives in is based on my grandparents’ farmhouse, which I grew up in. I modernized it a bit for Zoe, but I’ve enjoyed “living” in it right alongside her.


Like Zoe, I worked on a rural ambulance service. And we share a love of jeans, t-shirts, and boots—cowboy boots, work boots, or Muck boots.


This winter I received the incredible news that I’ve been nominated for an Agatha Award for Best First Novel. The awards banquet will be held in early May at Malice Domestic in Bethesda, Maryland. This is a rather dressy affair, and as a nominee, I can’t hide in the back of the room as a wallflower and observer, which is more my nature.


I’ve had my dress for the ceremony for a while. It’s a white lace cocktail dress. Classy. Timeless. Subdued. Perfect for a wallflower and an observer.


(Zoe would look fabulous in it, but then she also has a better figure than I do. Just ask Pete.)


The problem arose when I realized none of my “dress shoes” would be appropriate. I own mostly flats. A couple pair of plain, lower heeled pumps. But all of them are shades of black or dark brown. I may not be a fashionista, but even I know those won’t work with white lace.


Nor will my cowboy boots, work boots, or Muck boots.


I decided to take a huge step out of my comfort zone—and an equally huge step away from Zoe’s and my shared footwear preferences—and go shopping for a pair of statement shoes. Shoes that would go BAM! (Not to be confused with the BAM I might make falling off them.)


Last week I headed for a major department store with majorly high-priced shoes. I wanted red. Red was a BAM color. A “statement” color. And besides, I’d mentioned it to my fellow Best First Novel nominees and suddenly there was talk of all of us getting red shoes.


Back to the major department store. None of the sales people would wait on me! Not one. Apparently, I looked like a farm woman with no money to spend on fancy shoes. So I left and headed to a shoe outlet store. The serve-yourself type. There, I not only found fabulous red platform pumps, but I also found helpful salespeople!


While blowing raspberries at the major department store, I bought my Agatha Award red BAM shoes, plus a matching clutch. Plus a second pair of the same style in turquoise. Also BAM.


If I fall off them, I hope Zoe’s around to splint my broken ankle. 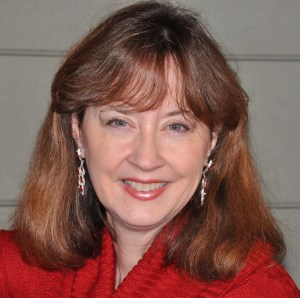 About This Author
Today best selling author Annette Dashofy is a Pennsylvania farm gal born and bred. After high school, she spent five years as an EMT for the local ambulance service. Since then, she’s worked a variety of jobs, giving her plenty of fodder for her lifelong passion for writing. She, her husband, and their two spoiled cats live on property that was once part of her grandfather’s dairy.
Author Links:
Website: www.annettedashofy.com,
Writing, etc. blog: annettedashofy.blogspot.com,
Facebook page: www.facebook.com/annette.dashofy,
Twitter: @Annette_Dashofy
Purchase Links
Amazon

Google Play iTunes Kobo
a Rafflecopter giveaway
Posted by vicjbr at 12:20 AM