CeCe is an interesting character and the story is well written and will keep you interested and intrigued until the last page.
~Shelley’s Book Case 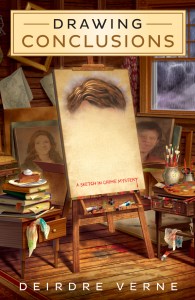 3 Partners in Shopping would like to thank author Deidre Verne for sharing her thoughts with us today,


Naming characters has become a popular family past-time in my house. Some families play scrabble. My family pitches me character names. I have voluntarily given up control of the naming process as it has been the cause of many a literary rejection. When I was shopping around Drawing Conclusions, an agent mentioned that there were too many characters, causing reader confusion. I went back to the manuscript and counted how many characters were introduced in the first chapter. I cross-checked the number against similar mystery novels and found my character count within an acceptable range.


A few weeks later, I received a similar rejection. What gives, I thought. I went back to the manuscript and wrote out a list of all of my characters. And just like that, the mystery was solved. In almost every case, my characters’ names started with the same letter. It was like reading a mystery novel involving the Duggar family. My poor reader. Of course they were confused by my obsession with a single letter of the alphabet. Worse, I had given the murder victim the same name (first and last) as a famous country singer – which now seems completely ridiculous.


After a few hours wearing out the find and replace function on my keyboard, I sent my final manuscript to my editor. There was one change – the name of the detective. The Sketch in Crime mystery series was originally written with a detective named Garduillo. It was suggested that this name would be difficult for a reader to pronounce in their head. As a New York resident, Italian last names tend to roll off the tongue with ease, but I took the comment to heart. Hence the newly christened Detective Frank DeRosa.

Cece dumpster dives her way through this suspense-filled murder mystery…
Cece Prentice is a most unusual young woman. Heiress to a large fortune thanks to her doctor father, who is the head of a genome company on Long Island, Cece is also a freegan—ecologically-minded and socially conscious. If that happens to include dumpster diving for half an old hamburger, previously started by someone she has never met, then so be it.
Cece would still be going about her ordinary, albeit weird, life had her beloved twin brother Teddy not been murdered. Drawn into the police investigation, CeCe uses her sketching abilities and knowledge of her father’s company to provide Detective DeRosa with the clues he needs to ferret out what happened to Teddy. But she soon realizes that this mystery is much more complicated than she ever imagined. 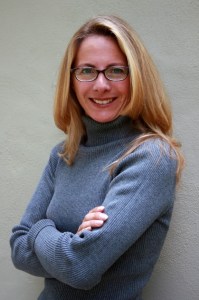 
Giveaway 1 Print copy of Book   US only