This was a page turning read and I’m looking forward to reading more of Allison’s adventures…
~I Wish I Lived In a Library
The fast- paced whodunit will keep you mesmerized by the story and great characters. You will be hooked to the end.
~Shelley’s Book Case 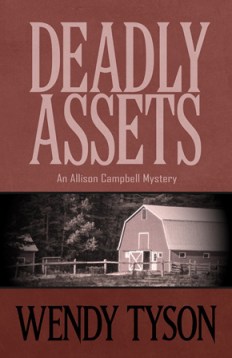 Synopsis:
An eccentric Italian heiress from the Finger Lakes. An eighteen-year-old pop star from Scranton, Pennsylvania. Allison Campbell’s latest clients seem worlds apart in every respect, except one: Both women disappear on the same day. And Allison’s colleague Vaughn is the last to have seen each.
Allison’s search for a connection uncovers an intricate web of family secrets, corporate transgressions and an age-old rivalry that crosses continents. The closer Allison gets to the truth, the deadlier her quest becomes. All paths lead back to a sinister Finger Lakes estate and the suicide of a woman thirty years earlier. Allison soon realizes the lives of her clients and the safety of those closest to her aren’t the only things at stake.

3 Partners in Shopping, Nana, Mommy, & Sissy, Too!  would like to thank author Wendy Tyson for sharing her thoughts with us today,


During a recent interview, I was asked whether DEADLY ASSETS is a cozy. Now, this is not a new question for me. The Allison Campbell series seems to straddle that line between cozy and traditional mystery (or suspense novel or psychological thriller). Last November, I participated in a panel discussion at Bouchercon (a fan convention) titled “Cute and Sweet, but with a Twist: Cozies with Attitude.” I love that name because I think “cozy with attitude” captures the Allison Campbell series (and so many other great mysteries) perfectly.


I’ve read many definitions of the cozy mystery, but all have a few elements in common:

Of course, for every rule I cited above, there’s an exception that defines the genre. In fact, the more cozies I read, the more I understand just how loose these boundaries are. That’s why “cozy with attitude” is such a great description. Whether it’s a book with added elements of suspense (like DEADLY ASSETS) or one with a police detective as the main character, there seems to be room in this subgenre for many twists on the theme. 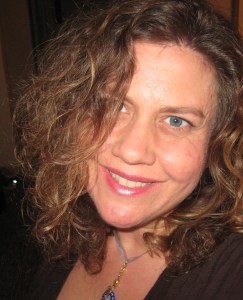 About This Author
Wendy Tyson is an author, lawyer and former therapist whose background has inspired her mysteries and thrillers.  Her latest novel, DEADLY ASSETS, the second in the Allison Campbell mystery series, was released on July 22. The first Campbell novel, KILLER IMAGE, was named a best mystery for book clubs in 2014 by Examiner.com and the third Campbell installment, DYING BRAND, is due to be released on May 26.  Wendy lives on a micro-farm near Philadelphia with her husband, three sons and two muses, dogs Molly and Driggs.
Author Links:
Webpage: www.WATyson.com
Facebook:  www.Facebook.com/wendytysonauthor
Twitter: @wendytyson

a Rafflecopter giveaway
Posted by vicjbr at 11:56 PM