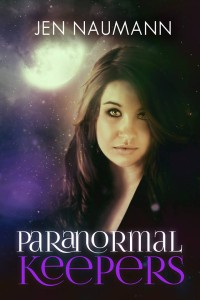 
Blurb: Everyone thinks Harper Young killed her boyfriend. No one will say it to her face, but the signs are everywhere. Itâ€™s almost been a year since Gavin was torn from Harperâ€™s arms and brutally murdered. The police wrote it off as a freak accident, deciding Harperâ€™s strange testimony was given under duress. But she knows something unnatural was involved and refuses to stop looking until she finds his killer, even if it means her reputation as a senior is ruined. Even if it means there really are monsters living among us. With the discovery of the mothmen, witches, vampires and all the creatures she always suspected were out there, Harper finds herself amidst a complex bundle of unseen heroes who call themselves "Keepers", sworn to keep the secret of the paranormal creatures that walk this earth. As she tries to understand whatâ€™s so special about her that sheâ€™s able to break an old Keeper law, Harper has a baffling vision of kissing a mysterious guy before a blade is brought down on him. Before she can get a handle on her future, she becomes central to a battle between the questionable â€œheroesâ€� and the evil sheâ€™s been training to fight, leaving her to wonder if thereâ€™s any way to change the fate that has been foretold before itâ€™s too late.


A year ago I would’ve been with my boyfriend Gavin, hanging with our friends while the guys played video games, or trying to find a place to fool around without being disturbed. I never missed any of Gavin’s games in all three seasons, and waited for him by our lockers between classes, sometimes just to steal a kiss. We spent every free moment together when he didn’t work or have practice, and nights I didn’t have dance class, which really didn’t leave us much extra time outside of school. Still we managed to be the kind of “it” couple everyone else found nauseating because we were that into each other.


But all of that was before the night that forever changed my life–before everyone decided I killed him.


No one will say it to my face, but it’s so obvious they think I actually murdered Gavin. As if I would actually want to hurt the guy I was in love with. Still, I see it in their eyes, the way they avoid crossing my path as if I’ll snap and go after them next. I hear it in their accusatory whispers that fill the hallways as I pass by. The signs that I’m generally considered guilty are everywhere.


Although I’ve become better at ignoring the ridiculous rumors, they still have a way of festering, worming their way into my heart that’s already been shattered. Because I still miss Gavin, more and more every day. And I’d do anything to see him one last time.


It’s the reason I sit alone against his headstone as I’ve done a dozen times in the past year, anxiously waiting for the ghost of my dead boyfriend. I’ve researched anything and everything I could find on communicating with spirits, hopeful that if I made contact with Gavin, he could tell me what attacked him. I once tried using a Ouija board from the hippie store downtown, but the only strange thing that happened was a sporadic flicker of my bedroom lights.


The moon’s bright enough that I can make out the ordinary sights of the cemetery. Granite of all different colors and shapes bearing the names of mothers and fathers missed by a list of grieving children, tall crosses and stone angels watching over those with particular religious beliefs, even an old crypt with the remains of some rich, local celebrity who died so long ago that no one knows much about him anymore. There’s a damp, sweet smell embedded in the air, still lingering from the brief rain shower earlier in the afternoon. Although I’m not really afraid, my breaths sound extraordinarily shallow, and I swear I can feel the dirt wheezing underneath me.


I don’t believe in the whole thought process behind cemeteries—a place to bury your dead loved ones under the ground where their bodies are left to rot and decay among the tree roots and bugs, only to stand over them while trying not to picture their exposed bones grinning up at you through six feet of dirt. It’s hard not to picture postmortem Gavin, his beautiful face marred by the thing that attacked him.


Times like this when my mind is free to roam, when I actually sit down to piece everything together, I can’t help but wonder if his death really was my fault. 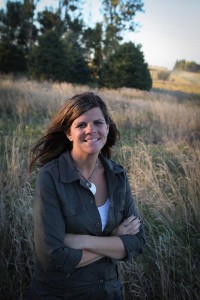 About the Author: Jen Naumann grew up in southern Minnesota as an addict of such flicks as Indiana Jones and The Goonies until she discovered John Hughes, and spent her high school days locked away writing love stories with a sci-fi/paranormal twist. Married to a farmer in southern Minnesota, she tries to follow the madness of her four active children while balancing an imagination that never shuts down. As the author of CHEATING DEATH, SHYMERS, AND PARANORMAL KEEPERS, she writes stories with strong female leads who have a good sense of humor and tend to fall in love despite their better judgment. You can find and contact Jen Naumann here: - Website - Facebook - Twitter - Goodreads - Pinterest