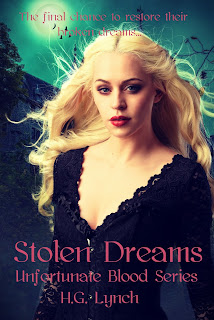 Tagline: The final chance to mend their broken dreams…

Having left her life at Acorn Hills behind, Ember tries to pick up the pieces of her heart at home in Scotland. Reuniting with old friends, working a normal job, hiding her fangs...

But while fake smiles fill her days, nightmares plague her nights, re-opening the wounds she's tried so hard to heal.

Left behind in Acorn Hills, Reid spirals into a deep depression, becoming more and more self-destructive. Until Hiro takes pity on him and comes up with a solution to the hollowness left by Ember's absence: get her back.

With the way Ember left, Reid knows it won't be easy to win back his Firefly, but he will do it. He has to.

Otherwise, an eternity without her isn't something he could live with. 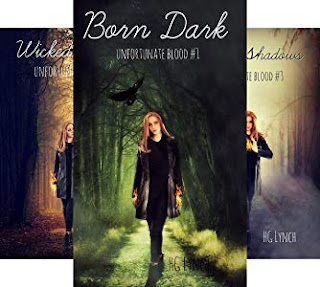 Excerpt
Reid was in jail. Not the first time, probably not the last. He was there mostly by choice anyway; if he’d wanted, he could have compelled the police officer who’d pulled him over for drunk driving to let him go.
He’d been driving recklessly on his motorbike, almost hoping for a crash; A few broken bones, a splintered tree, pain that could be quantified and fixed with simple medication, unlike the gaping wound where his heart used to be.
He’d thought that being in a cell would distract him, give him something else to think about other than the burning pain inside him, seeing as the drink hadn’t numbed it, but he’d been wrong. Of course he’d been wrong. He couldn’t remember the last time he’d been right, felt right.
Reid sighed, staring at the dull, grey ceiling of his cell. But staring at the dirty stone ceiling of his cell was no different than staring at the white ceiling of his dorm room, except that here there was no chance of Ricky showing up to stare mournfully at him through those pitying green-blue eyes of his.
And that was another reason Reid had chosen to spend the night behind bars; He was avoiding Ricky. Avoiding everyone actually, but Ricky especially. He’d been avoiding Ricky all day, in fact. It was why he’d gone out to the bar, and spent hours in the pool before that. Why? Because Ricky knew what day it was, and he’d likely have something to say about his moping, maybe even have planned something for it, and Reid just wasn’t in the mood.
It was the 9th of May. This day last year had been awesome, the year before that even better but this year…Reid just wanted to sink into a drunken oblivion and he couldn’t even do that.
The fact that it was his birthday didn’t excite him, it just depressed him further. His eighteenth birthday. It was a big event for humans, almost even bigger for a born vampire like himself. Born vampires stopped aging at eighteen.
After today, Reid wouldn’t age another day, ever. He was stuck like this forever. He would always have the face of an angel, carefully toned muscles, and hair like golden silk that would never go grey. It wasn’t a bad way to look for the rest of eternity…it just didn’t mean anything to him anymore.
His own appearance didn’t matter when he still had images of her burned into his brain.

HG Lynch is a Scottish paranormal romance author who lives with her boyfriend, five adorable bunnies and Tonto the cat. Her books are dark romances with feisty heroines and smoulderingly sexy men.