One drunken kiss ignites an inferno of burning desire. 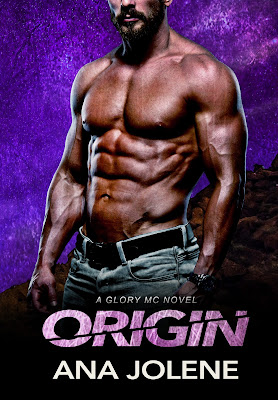 One drunken kiss ignites an inferno of burning desire. Sworn enemies, Lucky Winters and Seven Douglass struggle to forget the kiss that shouldn't have happened. Then Lucky’s past comes back to bite him and he suddenly disappears for months, leaving Seven wondering where they both stand.

When Lucky returns, he is a changed man and his prolonged absence means he must once again prove himself to the club he's sworn his life to. Except Lucky can’t seem to shake off the recent events as much as he wants to.

Seven is no stranger to this feeling. Her own mysterious past threatens to disrupt her future and when neither of them are able to stop the ghosts of their pasts from resurfacing, the only person they can turn to is each other. Suddenly, hatred morphs into love. And where there is fire and ice, there’s bound to be some steam . . . 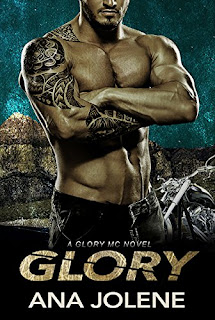 Ana Jolene is the author of the Glory MC series and the Contemporary Romance series, Moonrise Beach.

Growing up as a rebellious kid didn’t allow for much reading time. It wasn’t until she was in university that she found her passion for books and has since then devoured every book placed before her. Ana holds a B.A. in Psychology and has worked in both IT and Administration. But she’s had the most fun in the bookish world, working as a reviewer, columnist and assistant to multiple sites and authors.

Ana currently lives in Toronto with her family and an extremely lazy Shih Tzu whom she adores. To learn more about Ana and her books, subscribe to the newsletter to be notified of the hottest new releases and giveaways!