In Midnight's Silence: Los Nefilim : Part One by T. Frohock

in MidnightTitle: In Midnight’s Silence: Los Nefilim: Part OneAuthor: T. FrohockPublisher: Harper Voyager ImpulseGenre: Science Fiction/FantasyFormat: Kindle
The fate of mankind has nothing to do with mankind…
Born of an angel and a daimon, Diago Alvarez is a singular being in a country torn by a looming civil war and the spiritual struggle between the forces of angels and daimons. With allegiance to no one but his partner Miquel, he is content to simply live in Barcelona, caring only for the man he loves and the music he makes. Yet, neither side is satisfied to let him lead this domesticated life and, knowing they can’t get to him directly, they do the one thing he’s always feared.
They go after Miquel.
Now, in order to save his lover’s life, he is forced by an angel to perform a gruesome task: feed a child to the daimon Moloch in exchange for a coin that will limit the extent of the world’s next war. The mission is fraught with danger, the time he has to accomplish it is limited…and the child he is to sacrifice is the son Diago never knew existed.
A lyrical tale in a world of music and magic, T. Frohock’s In Midnight’s Silence shows the lengths a man will go to save the people he loves, and the sides he’ll choose when the sidelines are no longer an option.
ORDER INFORMATION
In Midnight’s Silence is available for purchase at 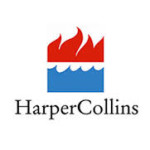 T. Frohock has turned her love of dark fantasy and horror into tales of deliciously creepy fiction. She currently lives in North Carolina where she has long been accused of telling stories, which is a southern colloquialism for lying.

Visit T’s website.
Posted by 3 Partners in Shopping at 2:38 PM