Tale of Treasure by HF Parkhurst Blurb Blitz and Giveaway


A four hundred year quest for a mysterious lost treasure; bloodthirsty Pirates; plundering Conquistadors; noble Indians; and a sinister and secret religious Order are the tantalizing ingredients stirred together in the turbulent, steamy, and exotic Spanish Main, of yesterday and today.


To the rhythmic background of classic R&B soul music, Harry Carlton and his new love Helen are unexpectedly thrust into a violent encounter with ruthless and malevolent forces and a rogue’s gallery of dastardly villains. These two, near their fifties, are not kindly white-haired grandparents ready to sit sedately in rocking chairs. Instead, they confront danger with bravery, and battle dishonesty and injustice with valor. They discover a priceless, lost artifact treasure of the ancient Indians of South and Central America. In the struggle to return the treasure to its rightful owners, they must outwit the assortment of murderous villains, and stay alive. 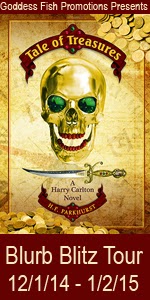 From the lead canoe a man stood and flat-dived into the shallow water. With powerful strokes he swam toward the girl.


Crimson blood stained the agitated brown water where the jaws of a six-foot alligator clamped down on the girl’s arm.


“Oh my daughter. Someone help.”


The reptile started its death spin just as the man grabbed it from behind. A handmade Bowie knife materialized in his hand. He plunged the eleven-inch blade into the creature’s belly.


The man tightened his grip, and rammed the lethal blade into the gator once more.


More blood sprayed. The reptile’s tail lashed in a violent side-to-side motion and the man lost his grip.


With a spin, the gator dragged the girl under.


“Oh my Rachel,” wailed the girl’s mother. “Please help her.”


The man dove after the girl.


In the canoes, the tourists sat transfixed by the spectacle of horror.


The man erupted from the water holding the reptile, the girl in its jaws. He drove his bloody knife into the creature again and again.


Blood spurted, but the creature lashed its tail in a lethal snap.


“Ayee,” yelled one of the guides as he lunged into the churning, bloody water brandishing his Natchez Bowie knife. With both hands, he slammed the twelve inch blade into the creature’s brain.


The beast disappeared underwater, taking the man and the girl with it.


The canoe passengers searched the water frantically, but no movement stirred the bloody, silt-brown water. Seconds passed. Nothing. 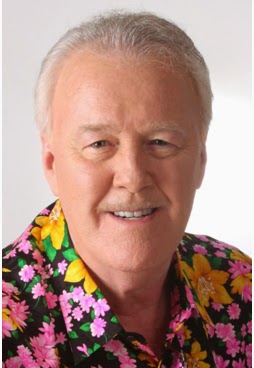 H.F. earned double finalist honors in 2011 Florida Writers Association Royal Palm Literary Awards. Born and raised in the northeastern United States, he’s lived in the south, southwest, and mid-west of the US, as well as Asia, Australia, and Europe. A student of traditional Chinese martial arts for the last sixteen years, he practices daily. After forty years as a successful, international architectural interior designer of offices and hotels, he sought a new creative outlet.


In a turbulent time of global conflict, he seeks to be an ardent voice of reason speaking against illogic and the darkness of injustice, violence, and hatred pursued by the irrational and fanatic zealot faithful, worldwide.


An Objectivist, his novels reflect his commitment to logical thinking and the right of free people to rationally choose a destiny in their own best self-interests. He enjoys spinning outrageous tales based on his fertile imagination and real life experiences. Married, he lives with his wife in Florida. Currently projects are two novel series: an Epic Fantasy and an Action/Adventure. Also in the works are sci-fi novels and short stories.


a Rafflecopter giveaway
Posted by 3 Partners in Shopping at 1:27 AM