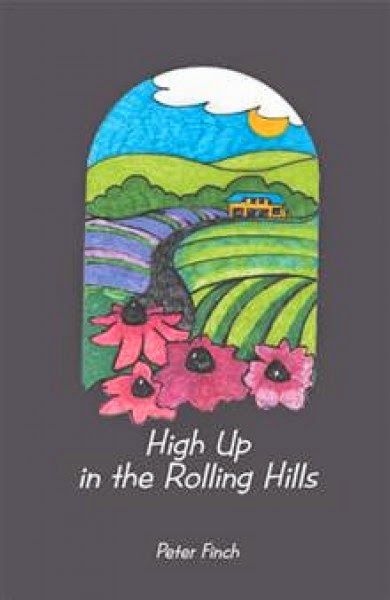 Pump Up Your Book is pleased to bring you Peter Finch’s High Up in the Rolling Hills book blitz April 28 – May 9!

ABOUT HIGH UP IN THE ROLLING HILLS 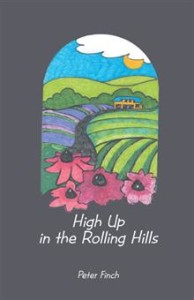 Title: High Up in the Rolling Hills
Genre: Biography/Memoir
Author: Peter Finch
Publisher: iUniverse
EBook: 204 pages
Release Date: April 24, 2013
In his youth, Peter Finch wove his way through a series of exploits and adventures. Travels took him to Canada, where a fateful encounter in the Rocky Mountains opened up new horizons. In midlife he and his wife Gundi made the shift to country living, ushering in a new phase in their life, as they set down roots in the hills and settled into a deliberately simplified lifestyle.
Peter relates how he and Gundi immersed themselves in ways guided by nature. As she created and sold glass sculptures, he sunk his hands and tools into pure glacial-till soils, sowing, planting, and growing culinary and medicinal herbs, heirloom vegetables and salad greens to take to farmers markets and restaurants in and around Toronto. Invigorated by the pleasures and health benefits of growing, selling, and eating fresh organic food, Peter reveals how he became a passionate advocate of traditional, small-scale, chemical-free farming.
High Up in the Rolling Hills shares the personal journey of an independent couple as they explore the vital role of nature, creativity, and healthy food in life.

April 28
All Inclusive Retort
The Book Rack
April 29
3 Partners in Shopping
The Dark Phantom
April 30
Inkslinger’s Opus
She Writes
May 1
As the Page Turns
I’m Shelf-ish
May 2
In Our Spare Time
Redroom
May 5
Review From Here
Blogher
May 6
The Zen Reader
Allvoices
May 7
Literal Exposure
Plug Your Book
May 8
My Devotional Thoughts
Beyond the Books
May 9
Bent Over Bookwords
The Writer’s Life
Hills: a Rafflecopter giveaway
Posted by 3 Partners in Shopping at 1:33 AM